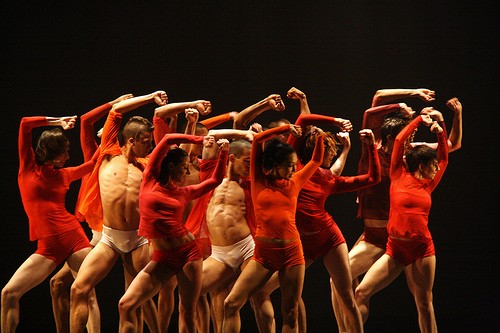 Just loved getting another look at Complexions Contemporary Ballet romping through Dwight Rhoden’s exemplary “RISE,” set to a sound score by ’80s rock band, U2, last night at the Smothers Theatre of Pepperdine University’s Center for the Arts.

The work, a kind of dance corollary to the ecstasy of a rock concert-on-fire, stands up well. It was even more ballistic this past summer at the Ford Amphitheatre, a howlingly perfect outlet for the driving rock beat that Rhoden so clearly responded to when he made RISE in 2008.

RISE opens with the image of slow-motion running heading directly at the audience, a marvelous symbol of accessibility. As the runner ramps up his speed, it’s an image of powerful simplicity and force. We all run, or at least we used to, and everyone can relate. But when we run, do we look half as bodacious as the body-licious Complexions dancers? Of course not. That’s why it’s fun to see.

I don’t know of another dance work that captures — or tries to — the high energy, indeed, the near hysteria of a great rock concert. Rhoden’s use, in his sound score, of the sound of a live rock audience in an uproar transfers to the typically more demur dance viewers — it’s infectious. 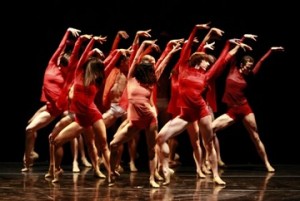 As an addendum, it is so much fun mounting the steep hill  to Pepperdine’s cozy Smothers Theatre with the Pacific Ocean gleaming far in the distance below. Trolling the Pacific Coast Highway, thankfully largely undeveloped over the decades, is such a sensational and marvelous approach to a dance concert.

Among Pepperdine’s calendar of arts presentations this season is Keigwin & Company next April. Art is always a climb, in this case a literal one and worth the effort…