The perils of Pauline Schindler 1

In an early letter, Pauline Schindler wrote, “One of my dreams, Mother, is to have, someday, a little joy of a bungalow, on the edge of the woods and mountains near a crowded city, which shall be open just as some people’s hearts are open, to friends of all classes and types… 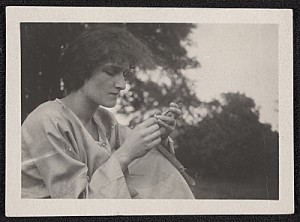 Surely the mother of all Los Angeles “bungalow” homes, the eternally artful Schindler House was built in 1922 by modernist architect Rudolph Schindler as a nature-embracing nest for himself, his wife Pauline, and, significantly, another couple. The minimalist abode on King’s Road in West Hollywood, humble yet beautiful, hosted a parade of personalities that made up the Schindler coterie.

This precious dwelling, which still stands, is now overseen by the MAK Center for Art and  Architecture, 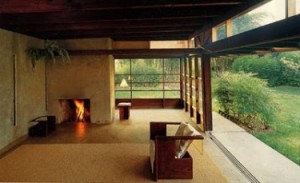 funded by the Austrian government. Its open-plan rooms and serene, natural garden provided the setting, late Sunday afternoon, for the premiere of a new site-specific opera.

Pauline: an Opera depicts an exceptionally interesting fragment of Los Angeles cultural history. It takes as its subject and heroine, Pauline Schindler, the architect’s questing, struggling, and eventually straying wife. A fierce advocate for her hu 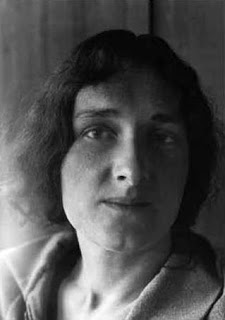 sband’s genius, she remained just that even after their divorce.

The opera adopts Pauline as a prism through which to consider the challenges of a marriage of creatives, and further, how her radical social and political thinking influenced her architect husband, and by extension, the course of modern architecture.

Pauline: an Opera‘s real subject, I contend, is Schindler House itself. That makes sense because the unlikely duo creating the performance piece, Frank Escher and Ravi GuneWardena, is a team of music-loving architects, .

What does the house represent? There the Schindlers worked and lived, also partied, hobnobbed with fellow artists and fellow travelers. And there they made a lot of mistakes. The house gave form to their utopian aspirations and their experimentation with communal lifestyle and open marriage. It was their platform, their launching pad, their touchstone, their cave. Over time, life had its way with the Schindlers. 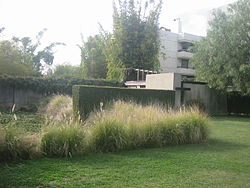 Escher and GuneWardena, beyond their slate of original building projects, are known for preservation activity on behalf of mid-century architect John Lautner (having restored the Chemosphere, Lautner’s “Jetson’s-style” landmark, they are now doing the same for the Charles and Ray Eames House in the Pacific Palisades.)

In giving birth to Pauline: an Opera, Escher/GuneWardena do an astonishing do-si-doe, swapping the target of their preservation from bricks and mortar to the home’s very soul: focusing on the lives and loves of the occupants, precisely the stuff architects normally avoid. Constructing a compelling scenario from (primarily) archival letters, Escher/GuneWardena turned to Aniela Perry to match the Schindler narrative with a live musical score featuring works by Henry Cowell, John Cage, Edgard Varese, Sergei Prokofiev. The whole project rests on a delicate balance between three elements: text, music and venue. As the sun disappeared and a chilly October evening set in on Sunday, that balance was struck, rendering an exceptional art experience. 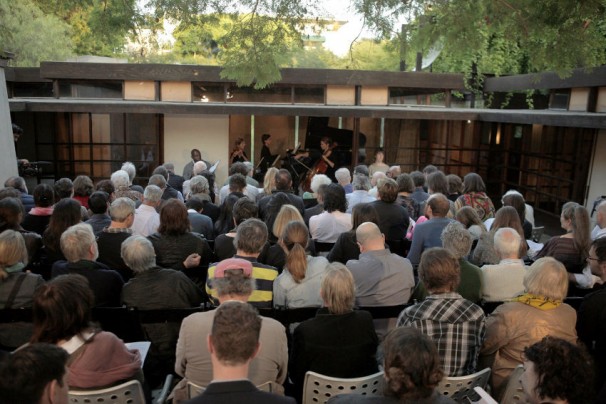 Pauline concerns the “other” Los Angeles, not tinsel town and its film factories, but the underground, the bohos, les artistes, the rebellious and disaffected. Also the fruits and nuts. Those allured by Los Angeles’s  natural beauty, gorgeous air, broad sunlight, charming (and harrowing) freedom — the city as a blank canvas for creativity.