Mark Christian Miller by turns suave, touching at the Gardenia 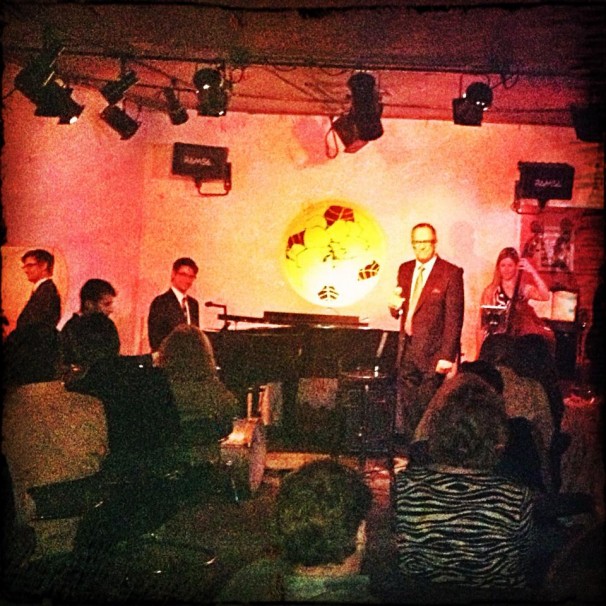 “Is there anybody else here? It’s cold and I’m so lonely,” runs the plaintive lyric of Harry Nilsson’s “Life Line,” a jewel of a song, almost an art song. “Won’t someone please throw me down a lifeline?” Miller traversed the song’s dark passage with his voice.

Something profound happened. Miller’s beautiful phrasing of Nilsson’s lyric nearly vanquished its sadness. It all swelled wonderfully, adding to the contained comfort of the el-shaped, candy-colored room, its air conditioning working overtime on a sticky summer night. The Gardenia’s longtime proprietor, Tom Rolla, provided this pink bubble as a safe haven, and Miller, debonair in jacket and red tie, proved a tasteful musical guide.

The high point for this listener was Miller’s deep drill into the Mel Torme lyric for “Harlem Nocturne,” a tune written by prolific television-music composer Earle Hagan. The noir-ish ballad suited Miller’s voice perfectly and he told its bluesy tale so well.

Miller then generously shared his program with his swinging back-up trio. Kristen Korb plucked string bass while breezing (and scatting) through “Deed I Do.” Also showcased was the golden fluid keyboard of pianist Josh Nelson and the light touch of drummer Sammy Miller, who just by tom-tomming added a solid bottom as well as velocity to the mix.

The jazz bôite was filled with attentive friends and fans. Miller’s scrupulous manners, crediting the club owner, introducing a key client, congero Louie Cruz Beltran, and even giving a shout-out to a writer, added to his appeal.The evening slid by way way too quickly and not just on libations; we await Miller’s next round of satisfying grown-up crooning.

Thank you, Chuck Keenum, for the photo!