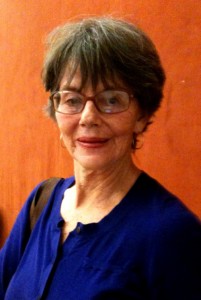 One of L.A.’s most accomplished arts impresarios will float in flamenco heaven this Saturday night when her helming of the 20-year-running series “Forever Flamenco!” will be honored in an all-star performance at the Ford Theatre.

Deborah Lawlor, southern California’s key importer of the gypsy art form, will take a rare turn as spectator, and not producer, when her favorite flamenco artists — dancers and musicians — hot up the outdoor amphitheater’s nippy night air. 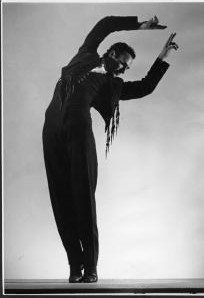 The recognition must be gratifying for Lawlor, whose dance journey began in her Riverside childhood. The self-described “flamenco nut” was raised in a dance-friendly family (her aunt, Olga Hammond, was an early modern dancer). Her arts-loving mom organized frequent performance forays into L.A.

One memorable outing was to see Jose Greco at the Wilshire Ebell Theater.

“I was a little bit bored by him,” Lawlor admits. “He stood in one place and did footwork. The intimate atmosphere was lost in the big theater with shows like his.”

Years later, Lawlor, sophisticated after pursuit of a flamenco education, explains, “There’s the virtuosity and there’s the meaning. You can get bored by pu 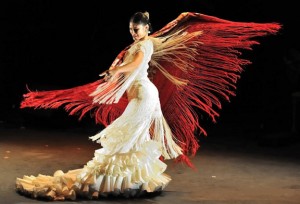 re virtuosity. I learned that flamenco is the play of rhythm and contre-tiempos, the palmas [hand claps]. There’s a world of rhythmic stuff going on. If you are just watching a dancer stomp his feet, you can get bored. The more musical background you have the more you can enjoy it.”

A multilingual world traveler who has lived and studied abroad, journeying between India, Australia, Egypt and France, Lawlor loves describing her passion: “Flamenco is a kind of inward expression; to project it out is a different feel. The songs themselves can be very intimate, some very dark, about death, but you have to kind of go with the lighter aspects of flamenco, the joyous songs as well as the tragic ones. 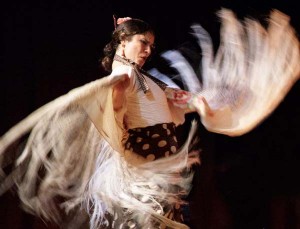 “Of course, I love it a lot. The more you get into it, the more it opens up to you.”

Saturday night Lawlor will be immersed in the international band of gypsies she has cultivated and promoted, a group of singers and dancers cherry-picked from Europe and the flamenco communities of San Francisco and Phoenix.

One of her prime protégées, the acclaimed dancer Maria Bermudez, is producing the show to honor Lawlor’s huge achievement.

“Forever Flamenco! was born of Deborah’s total love of flamenco,” says Bermudez. “Young dancers, up-and-coming dancers, seasoned professionals and international dancers – all of us have all come through Forever Flamenco! at the Fountain. I took my first baby steps there.”

Bermudez, considered as one of the foremost flamenco artists in the world today, resides in Jerez de la Frontera, Spain, the “birthplace” of flamenco. She was the model for a character in “Heart Song,” a role she has played for the past few weeks. 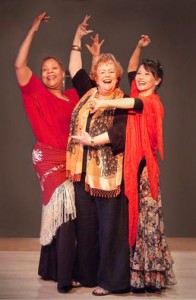 “Heart Song is a joy. It’s an all-woman cast, and the crew is all women. It has an aspect of flamenco but it also a mother-daughter drama about a Jewish woman who didn’t realize her mother had been in [concentration] camp; she had never spoken about her childhood. Many can relate to that.”

The sure-to-be-sizzling Ford flamenco program and the well staged and performed “Heart Song” are both recommended. We especially love the Ford’s historic Cahuenga Pass setting, a stellar venue for urban picnics.