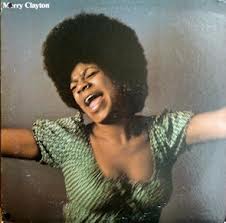 The badly titled but otherwise smashing new documentary concerns a great subject: the art of the pop music back-up singer. Directed by Morgan Neville, it’s a must-see movie about American culture in the latter half of the twentieth century.

[Film was a Sundance favorite of AMPAS Managing Director Randy Haberkamp who oversees the “Outdoors” program. We first heard of “Twenty Feet” from arts·meme friend, film curator Ian Birnie, who chose it to open the recent Louisiana International Film Festival.] 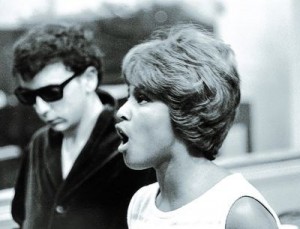 A profound movie when exploring the mysteries of singing as direct human expression, “Twenty Feet” is also a smart and cogent presentation of the maddening, sometimes random and destructive nature of commercial success. It corrects a horrible wrong by giving worshipful respect and attention to a string of female vocalists, all superb, all who led careers as mostly anonymous supporting artists. The most heinous career cataclysm was that of Darlene Love, who, under aegis of powerful producer Phil Spector “ghost-sang” multiple hit records for the benefit of The Crystals and other girl groups.

After illustrating the back-up singer’s gospel roots, “Twenty Feet” tours through the glory era, that of rhythm & blues, then marches confidently into its main material, sixties rock, particularly the British variety. There are marvelous insightful interviews with Mick Jagger (I found this thrilling), Bruce Springsteen, Sting. Performance footage includes Stevie Wonder, David Bowie, David Byrne, Ray Charles; all connoisseur employers of back-up singers (are we getting the pattern? men up front, women behind?). I loved seeing Joe Cocker who was huge in my era … and what great wailing music. Loved seeing Bette Midler, herself a former back-up girl. Loved seeing the late great Luther Vandross. But my bootie-shaking favorite was ballistic bombshell Tina Turner working her formidable thighs alongside sister singers under husband Ike’s watchful eye.

To cap off this musical lovefest, “Oscars Outdoors” outdid itself by presenting, in person, three of the film’s featured acts: Judith Hill, a beautiful expressive young singer accompanying herself at piano; the Waters Family, known for their backup of Michael Jackson; and then the absolute coup, the great Merry Clayton, whose strident voice ravages the Rolling Stones’ “Gimme Shelter.” Clayton belted Leon Russell’s great anthem,“A Song for You” (what a fantastic choice), mischievously converting the audience into back-up singers; we  piped “oohs” and “aahs” behind her.

I had a few quibbles. I did not care for film’s use of Lou Reed’s “Walk on the Wild Side” in the opening sequences. Song is not ultimately about back-up singers although it refers to them. Film fell flat during a sequence about Lynard Skynard’s “Sweet Home Alabama.” Many new documentaries are flummoxed by the difficult task of encapsulating the sixties. Although film has an admirable span, I dearly wanted to see George Clinton‘s brilliant vocalese innovation for Parliament Funkedelic addressed. These points, however, do not remotely conflict with a strong recommendation of “Twenty Feet.”