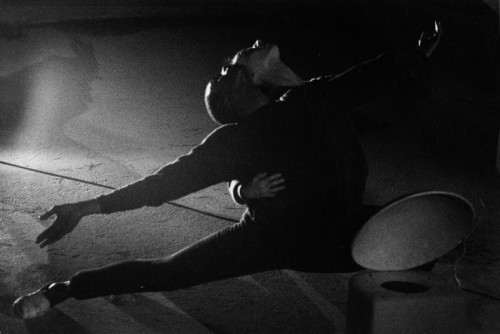 “I was in the second cast after the ’64 tour. It was a very strong piece. Mostly the sound … it was a La Monte Young piece; the sound of a chair being scraped, a loud scraping sound. It came on late in the piece, and never let up till the end. We did it at Lincoln Center and Robert Rauschenberg did the lighting. He used their computerized lighting system. He randomly punched things in and put it in for random lighting. It got stuck at one point and blinded the audience — they were sitting with their programs up and everyone boo’ed.

Thank you, Albert. We don’t anticipate a similar lighting debacle at Walt Disney Concert Hall (where master lighting artist Beverly Emmons is restaging Rauschenberg’s design), but we love this story!