Thank you, Turner Classic Movies, for “Choreography by Jack Cole” 1

May I express my gratitude to the wonderful classic-movie channel for “Choreography by Jack Cole” broadcast Monday night? I co-hosted the program with TCM’s great veteran host, Robert Osborne. Together, we screened four movies studded with dance sequences that were created by the massively talented American choreographer.

And a huge ‘thank you’ to Mr. Osborne, a giant in his encyclopedic knowledge of Hollywood musicals, for taking a personal interest in boosting the cultural memory of Cole and his career.

Jack Cole belonged first to the modern dance world, brandishing the  impressive credential of figuring among the last crop of Denishawn dancers. 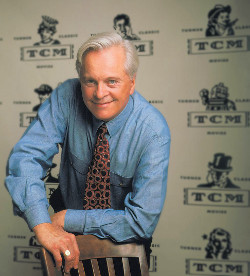 During the Depression’s waning years, he forged a market for dance in nightclubs with his exotic and proprietary ‘Hindu-jazz’ act. All of this high-impact artfulness Cole brought to bear as a top-dog Hollywood choreographer in the ’40s and ’50s, creating indelible solo vehicles for movie bombshells like Marilyn Monroe, Rita Hayworth and Betty Grable.

In the photo below, Cole runs Betty Grable through her moves, at a camera-ready moment, in “Down Boy” from THREE FOR THE SHOW (1955). Glancing at the costume you won’t be surprised to learn that Cole was concurrently working on KISMET at MGM. The photo captures an amusing  disconnect between Grable and her coach. She’s being Betty Grable — and he’s either thinking about his lunch or he wants his charge to glance downward.

The photo accompanies a Jack Cole tribute written by Dance Magazine Editor Wendy Perron. Dance Magazine was a longtime, steady supporter of Jack Cole in his day. Cole treasured the Dance Magazine Award he received for his choreography in THREE FOR THE SHOW and KISMET in 1955. It was the sole such recognition he received in his lifetime. Jack Cole died in 1974 in Los Angeles. 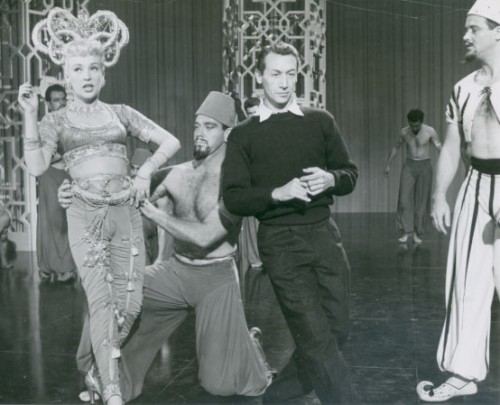 One comment on “Thank you, Turner Classic Movies, for “Choreography by Jack Cole””