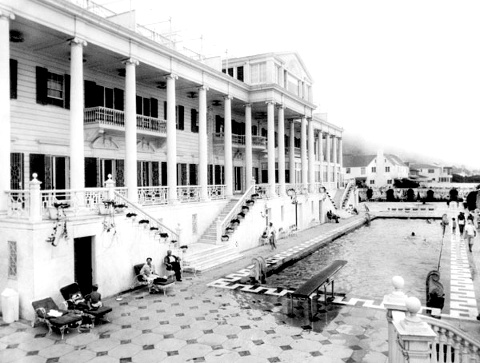 The presence of 101-year old actress Pauline Wagner added poignancy to an event feting actress Marion Davies at her infamous Santa Monica Beach House this past January. At this location, Pauline first swam at the pool of the William Randolph Hearst-built beach house and nabbed an MGM contract in 1928.

Pauline appeared in “So This Is  College,” a early MGM sound release, as well as many other films from 1928 to 1942, including  “Lady Killer,” with James Cagney, “King Kong,” (as a stunt double on writhing atop the Empire State Building),  and “Mr. Deeds Goes To Town.”

Pauline supported her entire family during the Depression as a result of  Davies’ largesse. She was also a guest at Hearst Castle in central California.
A youtube video on the event spools here.
Like this? Read more: