Goldsborough to mine gold for Miami City Ballet 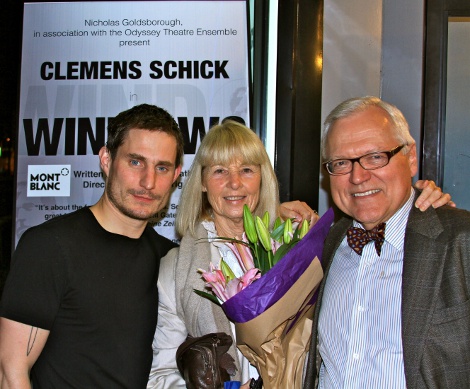 Pictured, on the right, above, is Nick Goldsborough, a treasured member of the Los Angeles dance community. The photo was taken on the opening night of “Windows,” a wonderful one-act play about the world of Bill Gates, which Nick produced.

Nick is a gentleman whose mother instilled in him the love of ballet, and whose aunt, Lucinda Goldsborough Ballard, was an important Broadway costume designer and close professional chum of both Tennessee Williams and American Ballet Theatre co-founder Oliver Smith.

This is the guy. A key player in pulling the Gehry design for Disney Concert Hall out of the mire where it lapsed, for years, unfunded. And now, Goldsborough will apply his financial skill to stabilize and move Miami City Ballet into a bright future right when its charismatic founding artistic director, Edward Villella is slated to step down.

But I repeat myself. I wrote it today in the Los Angeles Times.