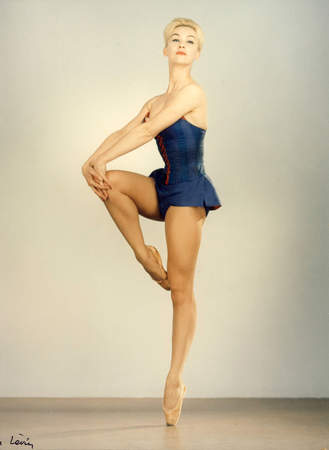 The film I loved most of the four I saw at the Dance Camera West festival in June was Fabrice Herrault’s beautifully constructed documentary about his former ballet instructor, Claude Bessy, Les lignes d’une Vie (Traces of a Life).

Herrault, a dance professor at the Juilliard School and a respected private coach, has made one prior film about Fernando Bujones. Claude Bessy is a tightly told, artful, hour-long treasure that recounts the rich career of the womanly French dancer.

Bessy, a blonde vixen of a Palais Garnier ballerina, was blessed with voluptuous, resilient, and pliant technique. The protegee of Serge Lifar, she later became muse to Maurice Bejart.

Footage of a mature Bessy pulsating in Bejart’s “Bolero” simply must be seen, because they don’ t make ’em like that anymore — neither boffo ballets like “Bolero,” nor sweating, sensual ballerinas like Bessy. 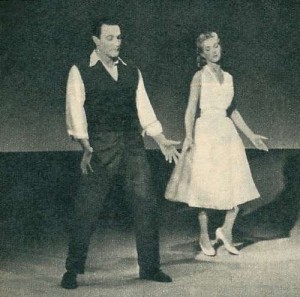 A season spent with American Ballet Theatre put Bessy onto the U.S. scene and in contact with Gene Kelly. Casting her in “Invitation to the Dance,” the movie man, it is rumored, fell in love with his French partner. Later, in Paris, Kelly set a ballet on Bessy to music by Gershwin.

After she retired, Bessy gave back. She trained the next generation of exceptional Paris Opera Ballet classical dancers.

In one scene that says it all, Bessy is seen on stage surrounded by perhaps 50 of her young charges. She’s giving them feedback. She’s all business, her blonde hair pulled in a tight, severe chignon. Other than her voice echoing around the theater, you can hear a pin drop.

You! You’re too far in the front of the stage.

The lines you made! You are not paying attention very well.

You are not together, the boys not at all together. Are you sleeping?

I understand it is late in the evening, but you better wake up anyway.

Eh, Karen, the adagio the same thing. Your pirouettes are off, and when you do the sissone [the sideways scissor jumps] you don’t pay attention to the person who is ahead of you. 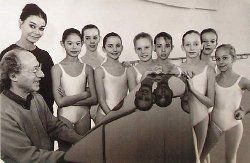 You are six on the stage, you see, one, two three. Alone you can manage, but there are six you must follow the others.

And much too much noise in the rosin [box]. You have fun in the rosin? Indeed, did you have a good laugh?

Yes, you had a good laugh

[She’s furious, but realizes she cannot grind them any more.]

[The kids all catch the giggles now.]

On Monday, you’ll behave, and you won’t laugh again.

[She too cracks up, laughing. She caresses one child on the head with her hand.)

Okay? Okay, children [the torture is over]. Have a good rest on Sunday, prepare for Monday, don’t be too wild tomorrow. Okay, thank you.

[The children clap and noisily depart, chit-chatting, all in a day’s work.]

Claude Bessy’s rigor, seriousness, and high standards — delivered with a big wink, a dose of love, affection and caring — strike me as very French.

(Bessy’s personal collection of film clips were matched to music and smartly packaged by Herrault.)