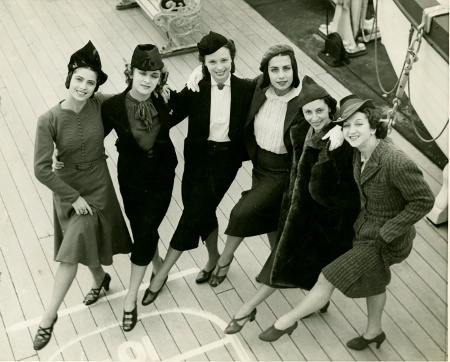 “In October 1938, the company sailed to the United States with the new Ballets Russes de Monte-Carlo under the artistic direction of [Léonide] Massine and [René] Blum, who was billed as founder … for a three-week sold out season at the [old] Metropolitan Opera House.”

And so we bend our minds ~ to imagine a world gone by ~ while perusing a fascinating new dance-history volume, “René Blum and the Ballets Russes: In Search of a Lost Life.”  Blum was the Frenchman who picked up the broken bits of the Ballets Russes brand, if you will, after Diaghilev’s death in 1929 and gave the reconfigured troupe another decade of existence. Dance historian Judith Chazin-Bennahum rectifies the neglect of this twentieth century dance hero with loving bilingual research.

A former principal soloist with the Metropolitan Opera Ballet Company with Anthony Tudor as her director, Chazin-Bennahum, a retired University of New Mexico dance historian, shares with arts·meme historic photos plucked from her new Blum bio. This on the cusp of receiving a Lifetime Achievement Award from the Anthony Tudor Foundation at the CORPS de Ballet International Conference in Kansas City.

Published by Oxford University Press, “In Search of a Lost Life” concerns a long forgotten talent of the art world and a high-profile intellectual and political operative, both in Europe and in the U.S., who toughed out a difficult decade for ballet in the 1930s. The U.S. performances of Ballets Russes de Monte Carlo fostered by Blum, together with Sol Hurok, planted important seeds from which American ballet blossomed.

Brother of Leon, France’s first socialist and sole Jewish prime minister, the brilliant Blum was a French gentleman and taste maker whose refined literary cultivation (he got Proust’s “Swann’s Way” published) drew him to theater. After his achievement in the ballet world, he was arrested by French Nazis and perished at Auschwitz in 1942. (That really hurts.) Then poof! Blum’s name essentially disappeared from the conversation — ’til the publishing of this wonderful tome.

Chazin-Bennahum’s most recent of her six books, “The Ballets of Antony Tudor” (Oxford University Press 1994), won the De la Torre Bueno Prize in 1995 for the best book on dance. 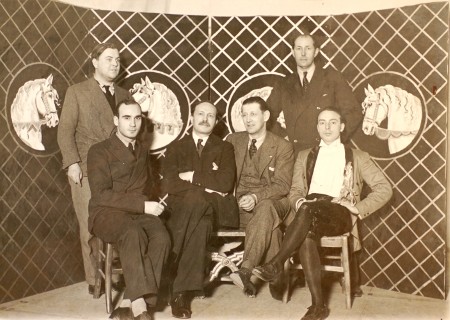 Thank you for the Krassovska photo, myballetsrusses !