I’m heading north — to attend a friend’s birthday party. That is, San Francisco Ballet, the oldest extant classical-ballet company in our nation. Established in 1933 by Adolf Bolm, and developed artistically and institutionally by three ballet brothers, Willam, Lew and Harold Christensen, the SFB staged the first full-length American productions of Coppélia (1938) and Swan Lake (1940). (The company has a simple but compelling timeline devoted to its history here.)

San Francisco Ballet has a long track record of keeping one pointe shoe in traditional ballet-classicism and kicking another into the future. This is not your 90-year-old ballet-grandpa; it’s an oldster/newster that still has legs. It is in keeping with the company culture and mission that, in marking its 90th, it has commissioned a festival of nine new works.

The company is on the cusp of a changing of the guard at the San Francisco War Memorial Opera House. A new director Tamara Rojo is in the on-ramp to the fast lane overseeing this prestigious American ballet company’s artistic affairs. Ms. Rojo was selected following the announcement of the imminent retirement of Helgi Tómasson, who has been at the company’s helm since 1985. The choreographers vetted for inclusion in Next@90 provide the audience with an opportunity to engage with artists reflective of Mr. Tómasson’s sensibility and taste.

This weekend, I’ll be viewing six of the nine new works, over the course of two of Next@90’s three programs. I am, alas, missing works by Robert Garland, Jamar Roberts, and Danielle Rowe. I’ll write more about what captures me after the weekend. 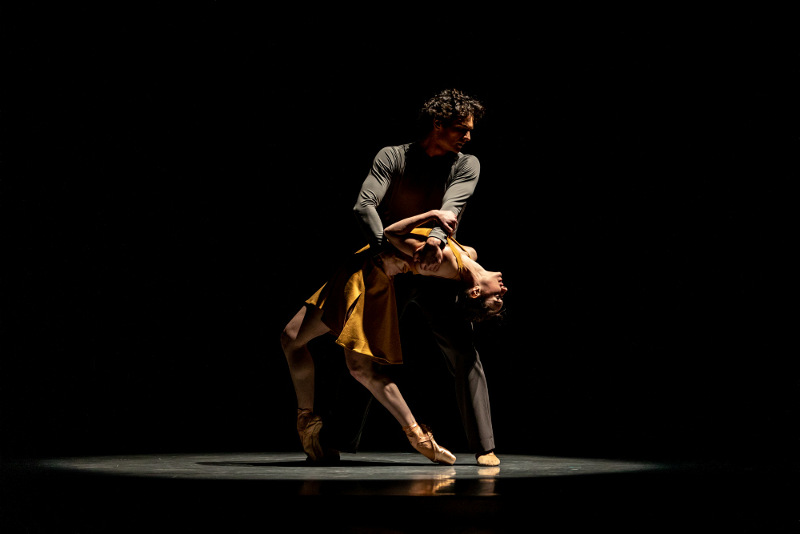 Val Caniparoli joined SF Ballet in 1973 and will celebrate his 50th anniversary with the Company in 2023. EMERGENCE is set to Dobrinka Tabakova’s Concerto for Cello and Strings, costumes by Susan Roemer, lighting by Jim French.

Bridget Breiner's first work for SF Ballet, THE QUEEN'S DAUGHTER adapts the biblical story of Salome, departing from Oscar Wilde's femme-fatale character, opting to explore the relationship between a young girl and her mother.

Yuka Oishi makes her SF Ballet debut with BOLERO. Oishi’s creative process for BOLERO began when she experienced two major life changes at once: her pregnancy and birth of her son, and the death of a loved one. 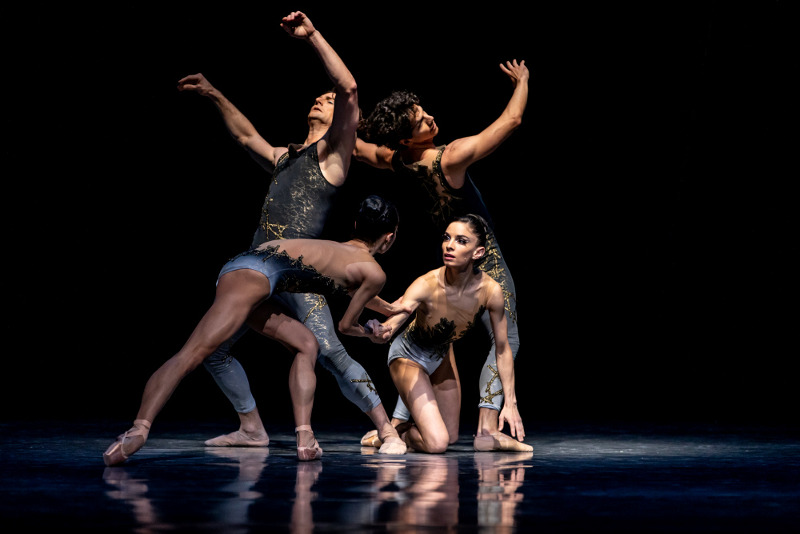 Claudia Schreier is creating on SF Ballet for the first time. KIN, set to a commissioned score by Tanner Porter. An abstract ballet, Kin features two female dancers among a cast of sixteen who are enveloped in a shifting power dynamic, pressured by the limiting nature of time.

Nicolas Blanc, former SF Ballet Principal Dancer and current choreographer at The Joffrey Ballet, Nicolas Blanc returns to SF Ballet for GATEWAY TO THE SUN, his new ballet set to Anna Clyne's DANCE for cello and orchestra from 2019.

Yuri Possokhov, SF Ballet’s Choreographer in Residence since retiring as a dancer in 2006, in VIOLIN CONCERTO recalls Balanchine’s Violin Concerto as one of his favorite ballets in which he danced many times.

Next@90 | San Francisco Ballet | War Memorial Opera House | thru when