ROA, exceptional talent, to be featured in MOCA’s “Art in the Streets” 1 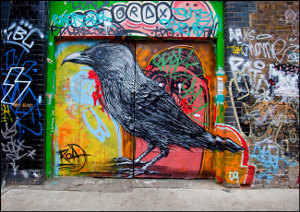 The precocious and prolific Belgian artist, ROA, is among the selected fifty to be featured in Art in the Streets, the first major U.S. museum exhibition dedicated to graffiti and street art, opening at the Museum of Contemporary Art on April 17.

We first encountered ROA’s critters, and their innards, painted on cardboard, brick, and sheet metal at New Puppy Gallery last year. The work is pretty fabulous. He’s reasserting the natural world — the scrawny, the creepy, the icky — in the man-made environment, on a super scale.

The MOCA exhibition traces the development of graffiti and street art from the 1970s to the global movement it has become today, concentrating on key cities where a unique visual language or attitude has evolved. 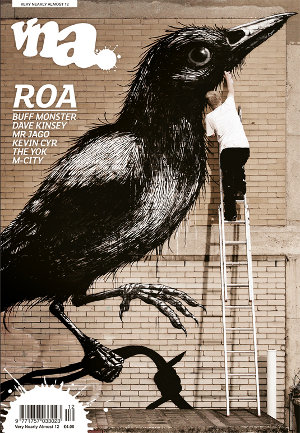 Among the fifty contributors, Art in the Streets will showcase installations by leading graffiti and street artists:

The show moves to the Brooklyn Museum March – July, 2012.

One comment on “ROA, exceptional talent, to be featured in MOCA’s “Art in the Streets””