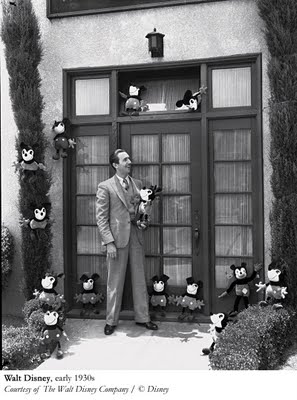 What was the first Mickey Mouse cartoon?

If you are thinking “Steamboat Willie,” you would be wrong.

Mickey Mouse got his start in “Plane Crazy,” but not a single distributor bought it. Undaunted, Walt Disney began work on the second Mickey Mouse cartoon, “Gallopin’ Gaucho,” released on December 30, 1928.

You can see both classic silent Mickey Mouse cartoons projected on the unbelievably huge and fabulous screen of the El Capitan Theater on Hollywood Boulevard — accompanied by the award-winning Rob Richards at the Mighty Wurlitzer Pipe Organ.

God, it all sounds good … but what about that early starting time!!?

Do they think cartoons are for children ??