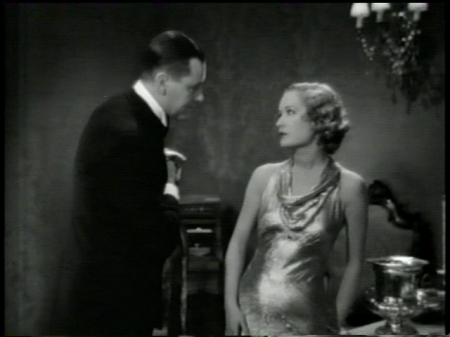 LACMA’s retrospective of Ernst Lubitsch comedies, made in America with a classy European sensibility, opened with the giddy perfection of the German-born director’s “Trouble in Paradise” (1932).

Of all the ingredients simmering in this film’s sweet stew, it’s the pre-code evening gowns in which “Trouble”‘s two leading ladies circulate the sound stage dropping witty dialogue that most boggle.

These hand-stitched, body-clinging wonders are the consummate craft of Paramount’s great costume designer, Travis Banton, a Texas-born fashion genius with a deceptively common American name. His one eye on Paris, and the other on his audience in Peoria, Banton served up slinky little numbers like the ones Kay Francis and Miriam Hopkins don in this wonderful 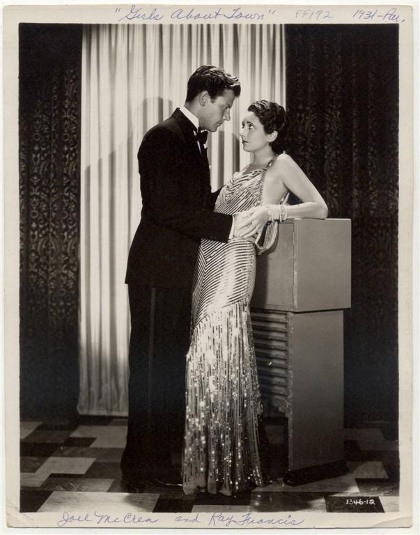 [Costume guru David Chierichetti chatted with me about Banton a year ago. Read it here.]

Afloat on the frothy charm of “Paradise,” Friday’s packed house at LACMA’s Bing Theater enjoyed a second feature, “Desire” (1936), starring the great Marlene Dietrich, a film not directed but produced by Lubitsch.

[Double-bill programs, a staple of LACMA’s classic film programming for forty years, are in jeopardy, according to LACMA president Melody Kanschat, sour and unpleasant in a recent Los Angeles Times interview. Kanschat tenaciously clings to her message that the museum’s audience for film is inadequate — a mere 30,000 clients lapped up classic cinema at the Bing over the just-finished 2009-2010 season.]

On happier note, Dietrich, at piano below, seduces one of Hollywood’s most notorious ladies’ men, Gary Cooper, in “Desire.” Not one pin dropped in the 600-person auditorium during this song; rather, pins and needles prevailed. The mane of black feathers framing Dietrich’s exquisite face: pure Travis Banton.