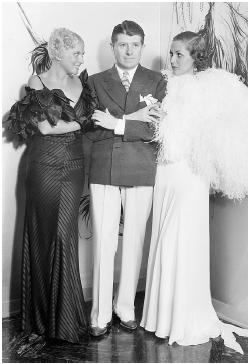 I had the great pleasure of spending a few hours with writer David Chierichetti, the film fashion expert. David is the biographer of the under appreciated film director Mitchell Leisen; costume designer Edith Head; and he is author of coffee table volume, Hollywood Costume Design.

An L.A. native, Chierichetti started collecting film memorabilia while at UCLA in the early sixties. Then Leisen, among other greats, was still alive. 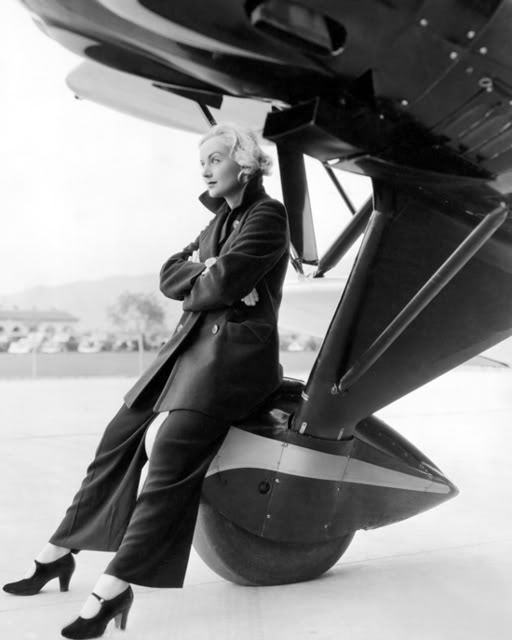 Chierichetti loves Banton because his look is so elegant and so much “less flashy” than that of his rival Adrian, who worked at MGM.

[I wrote about Adrian’s amazing gown for Kay Johnson in Madam Satan.]

Banton could “make a tootsie into a star,” according to Chierichetti. The best example was Carole Lombard. He glammed up Lombard significantly. He made her lose weight, taught her how to walk and carry herself, and, added Chierichetti in a dry, measured voice, “of course he dressed her so elegantly.”

According to another Edith Head biography, Paddy Calistro’s “Edith Head’s Hollywood,”: “Lombard was Banton’s other passion [along with Dietrich]. Hers was the body that best displayed the definitive Banton look: solid beading draped on the bias sliding over braless breasts, falling gracefully over her delicate hips… finally cascading into a train that rippled with every step. Banton considered hers to be the perfect body …”

Marlene Dietrich weighed 130 pounds when she signed on for Morocco. So of course the studio had no choice but to starve her. They put her on an all-tomato-juice diet and out popped her cheekbones.

According to Calistro: “Banton spared nothing in dressing Dietrich … She was the femme fatale, and he used his couturier flair to define her character. …Her trim silhouette allowed him to use thick, luxurious fabrics that would make most actresses look plump on screen. But not Dietrich. He could pile on ruffles, furs, and features and she always projected her svelte image.”

Chierichetti said he was attracted to writing the biography of costumer Edith Head, who was Banton’s assistant at Paramount, because Head was “such an interesting person.” Here is Edith Head with her buddy Gloria Swanson.

One comment on “Travis Banton turned tootsies into stars”