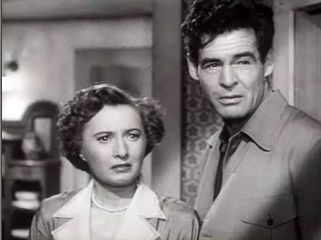 arts·meme, when she is not kvelling on symphony or ballet, is a fan girl.

But why oh why was the great b-movie guy, Robert Ryan, heavily featured in LACMA’s recent series on the cinematography of Nicholas Musuraca, not a bigger star? This we do not understand.

His anguished, existential mask of a face prefigures James Dean. Only it’s more gripping … ’cause he’s not as pretty.

His explosive temper complements John Garfield and foreshadows Brando. And in his long sinewy figure, he’s … um … the man I love! 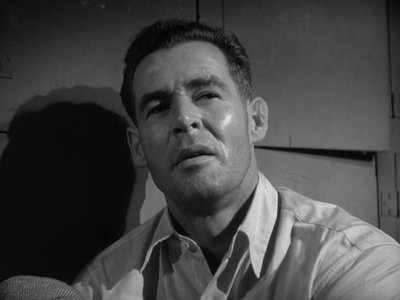 Ryan could have played Tom Joad in “The Grapes of Wrath,” not that Henry Fonda didn’t nail the part.

Perpetual unhappiness, frustration, and a too-familiar brand of modern malaise form Robert Ryan’s emotional palette. We saw it all in Musuraca films, many of them shot at RKO. That was Hollywood’s niche studio that churned gut-wrenching popular films, many of them pulp fiction and most on a low budget.

Alas, I missed Robert Ryan in “Born to Be Bad,” in which he plays a filthy rich sophisticate — perhaps his only character who was not twisted, haunted, or shot at. It sounds too good. I don’t know if I could take it.

All hail Robert Ryan, arts·meme‘s king for a day.