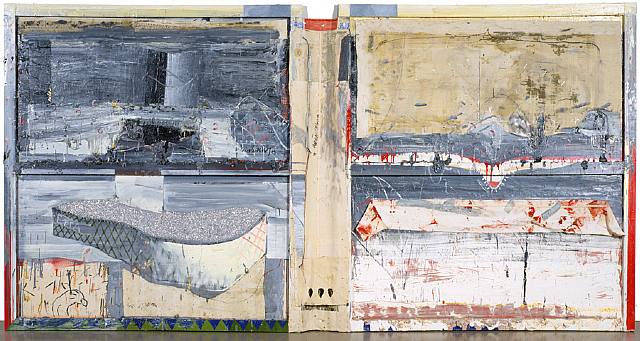 “My first memory of drawing was as a child and I remember people talking about me,” said Irish artist Patrick Graham at a crowded art talk hosted by his long time representative, Jack Rutberg, at Rutberg’s La Brea Avenue gallery.

Graham, born in Mullingar, County Westmeath, in 1943, was visiting Los Angeles from Dublin. He continued: “I remember going to find some chalk to draw on the sidewalk. I drew the pope. It was Pope Pius XII so you know how long ago that was. People came to my door and complained. So I started in controversy.”

“I have an early memory of people asking me to do things I was surprised they couldn’t do. I began to get a consciousness of slight differences. The next thing I remember is drawing cowboy hats and guns.”

Graham described a world far from sunny southern California: “It was a very severe time in an immensely Catholic, strict religious environment. It was very oppressive. That’s when I started my long life as a voyeur. I love looking. We guys found ways to look at things we were not meant to see.” 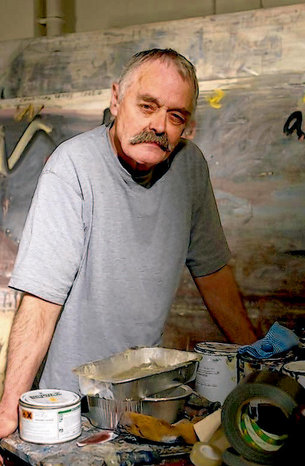 “It was an oppressive, restrictive, censored environment. How could art flourish? There were no real materials and there was no real concept of art.”

“[As a young art student I felt] The Irish are a repressed people,” he said. “All that was left to us was shame. And being lost in someone else’s definition of you. It was all we had as a race. That was the stuff I began to explore as an Irish visual artist.”

“I went through a terrible time. If you can do it through a short cut, I’d advise it.”

Graham’s great harmonious canvas Somewhere Jerusalem, pictured above and hanging imposingly in Rutberg’s front room, “comes from a topographical map. We’re all looking for our Jerusalem,” said Graham. “If you find it, it’s dead. It’s the search.”