Go ahead, Clint, make our day

May
11
2010
Filmclint eastwood lacma film save film at lacma 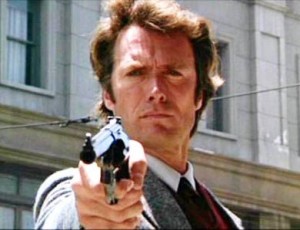 The subject is the long-term funding of LACMA’s film program, which is still not secured.

In a February 17 curtain talk with Richard Schickel held in tandem with the museum’s respectful retrospective of his oeuvre, Clint Eastwood said:

“I want to thank everyone for coming out here and supporting LACMA. I must confess I wasn’t as familiar with the Los Angeles County Museum of Art because I hadn’t spent that much time here. I’ve gone to MOMA and their film program in New York, which is terrific. And I know they want to increase the film program here and I think it’s great, because Hollywood and Los Angeles being sort of the center of American films, it deserves to have the attention. I know there are going to have some great programs here in the coming months. And Terry Semel at Warner Bros and all the people who have donated time to LACMA. I think it is terrific and I’m going to reach in my pocket too.”

1. It’s uncomfortable talking about other peoples’ money. However, Mr. Eastwood did make this unsolicited public pledge. So we still hope to see a contribution to the LACMA Film program from Clint Eastwood.

2. Nothing yet from Warner’s or other studio sources. No commitment from Hollywood Foreign Press Assn. or Ovation TV to re-up with another combined $150k donation.

3. High-net-worth individual Terry Semel, the former Warner Bros chairman and former Yahoo CEO, has been a LACMA trustee and on the LACMA Board since 2006. You may drop him a note at tssemel@windsormedia.com.

By our calculation, a check in the range of $5mm generating a modest yield of five percent would provide the film program medium-term stability in view of its quarter- 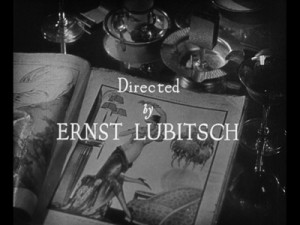 The Bing Theater is a showcase for the best of mainstream Hollywood product. It’s not an esoteric art house showing wacky inaccessible experimental film. This is a place where the broad public can enjoy marvelous prints of museum-quality films that were manufactured in our city’s movie factories starting around 1913 and up till this day.

Yes, we have Diebenkorn, but face it, guys, film is L.A.’s great original contribution to the art world. If after living and profiting here for a century, Hollywood — individually or institutionally — cannot endow a celebration of its own history, lovingly presented at our premiere art museum for everyone to enjoy, well, that is a very sad commentary indeed.

Doug Cummings and I co-authored a prior essay on this bewilderingly unresolved issue — it’s posted on Save Film at LACMA.