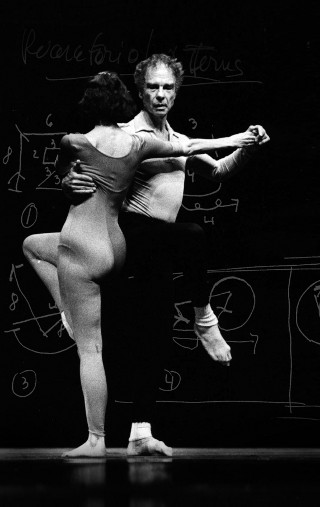 It gave me pause to learn that the Los Angeles Music Center had co-commissioned the revival of Roaratorio, a major work dating from 1986 that Merce Cunningham Dance Company will soon present in L.A. That’s really cool. I had to read it twice.

Choreographer Neil Greenberg, who performed in the piece while a Cunningham dancer, gives us a heads up: “Roaratorio is a great piece,” says Neil, who recently attended its rehearsal in New York. “It’s a unique work in Merce’s canon. It’s very human-scaled. You sense that Merce really liked the people he was making the dance on.”

Renae Williams Niles, Director of Dance Presentations for the Music Center, made this proud thing happen for Los Angeles. Teaming with Festival Montpellier Danse 2010 and Théâtre de la Ville/Festival d’Automne à Paris, the three presenters ponied up to underwrite the significant costs of restaging the work.

“We had booked the company and were planning to stage an “event,” explained Williams Niles. “But after Merce’s passing, I wanted to do something more substantial and make it a celebration. Remounting a piece can be very expensive; it entails additional rehearsals, new costumes, and many added costs. But everything came together well with the French.”

The presentation of Roaratorio in our sensational concert hall is cause for jubilation. The visual splendor of dancers painting Cunningham’s dappled moves around Frank Gehry’s rarified space makes the heart pound in anticipation. 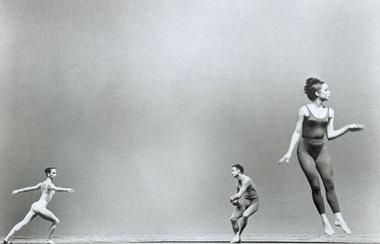 It’s our good fortune to be one of forty global cities in the Cunningham “Legacy Tour” after which the company will disperse. For me, and surely for many in the Los Angeles dance community who have not fully reckoned with Merce’s passing, it’s a difficult occasion. Cunningham has had a most profound influence on my creative sensibility, more than any single artist. Attending his concerts has marked my life.

The notion that this performance will be my last is so emotional as to overwhelm. The best is to encourage everyone to get tickets now … and enjoy!

And I must prepare to say good-bye.