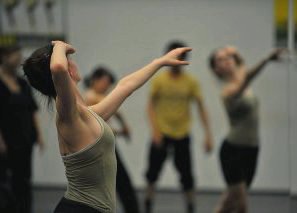 Haim Saban, the expatriate Israeli entrepreneur who made a bundle in the 1990s manufacturing Power Rangers, threw an amazing and generous party for L.A.’s Jewish community to celebrate Yom Ha’atzmaoot, Israel Independence Day, at his newly refurbished Saban (formerly the Wilshire) Theater.

Everything nifty about Israeli culture — its youth, high energy, optimism, talent to burn cut by a huge dollop of schmaltz — careened across the floodlights from the highly entertaining 90-minute show. The ein-bissel-this, ein-bissel-that format left this viewer convinced that the variety show — if not out-and-out vaudeville — is due for a comeback.

We laughed, we cried, as singers belted in Hebrew and English, a comedian did shtick, and a rock band kicked butt behind two Israeli rasta-rappers. Come on, there was klezmer, diva-pop (terrifically arranged by Sharon Farber), coluratura, funk, and a black gospel choir — and it was all really good. Greasing the Israeli-Hollywood pipeline was a witty biblical movie montage mashing up Henry King’s “David and Bathsheba,” DeMille’s “Ten Commandments,” and John Huston’s “The Bible.”

Mr. Saban and his producing partners at the Israeli Consulate General, Consul Jacob Dayan and Cultural Attache Lior Sasson, won the eternal gratitude of dance lovers by engaging contemporary dance troupe BODYTRAFFIC, whose high-quality outings we have tracked since their impressive debut performing to live Schoenberg chamber music at Sinai Temple and their staging of Eric Zeisl’s “Jacob & Rachel” at the Wadsworth.

Saban et. al. smartly hooked up the BODYTRAFFIC duo, Tina Finkelman Berkett and Lillian Barbeito, with Israeli choreographer Barak Marshall, a dance wunderkind who grew up in Los Angeles but made his mark with Batsheva Dance Company. Marshall, with his corkscrew black hair and devilish demeanor, played a perfect Peter Pan infusing Israeli energy into the handsome, but-not-all-Jewish BODYTRAFFIC’ers. His rollicking funky beat in “Adir Adirim,” (see it below) mirroring music by Balkan Beat Box, utterly melted the audience, including, from my vantage point, quite a few little old ladies.

To schmooze the audience even more, if that were possible, Marshall had the Traffic’ers skid their joyous way through Hava Nagila . . . the crazy surf version by Dick Dale.

Berkett, a splendid, confident, and focused performer with exceptionally versatile dance technique, led her own troupe of ten (Barbeito is a new mom on maternity leave). Marshall, in the house, appeared delighted that a mix of Angeleno dancers could so well imbibe his profusion of on-beat, gesture-strewn phrases and then roll them out almost quicker than the eye could absorb.

In 2008—after an eight year absence from dance—Marshall was commissioned by Israel’s Suzanne Dellal Centre to create “Monger.” In 2009, Suzanne Dellal and the Israel Opera co-commissioned Marshall to create a new  piece, “Rooster,” also supported by a grant from the Cultural Exchange Initiative of the City of Los Angeles’ Department of Cultural Affairs.