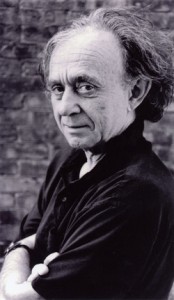 “I love ballet,” admits 79-year-old documentarian Frederick Wiseman, whose rigorous films on hospital management, meat processing, and public housing have given way to late-life examinations of art and the artistic process.

“Dance is the creation of something absolutely beautiful,” he says. “Yet it’s not a fixed form. It’s ephemeral. It’s evanescent.”

“I’m no expert,” he says, “But I go to everything. I’ve attended New York City Ballet and ABT for decades, and living in Paris for the past eight years I never miss Paris Opera Ballet performances. I love the work of William Forsythe, Blanca Lee, and Anjelin Preljocaj,” his personal list of the world’s top contemporary ballet choreographers belying his modest claim of being a dance hobbyist.

Wiseman’s 37th film, “La Danse,” about Paris Opera Ballet, caps a long and distinguished career as the dean of the most uncompromising form of documentary filmmaking, ‘direct’ cinema. Inserting the viewer into an idiosyncratic institution, Wiseman slowly reveals his subject, scrupulously adhering to a neutral, observational point of view. With his steady camera and artful shaping of hundreds of hours of film footage, he achieves his effects without the external devices of voice-over, caption, or archival footage. 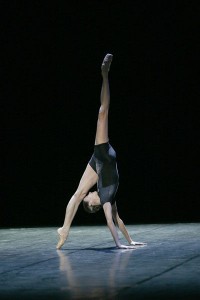 “La Danse” displays the splendid artists of the French ballet troupe now considered as the finest in the world. It adopts a traditional narrative arc, opening with studio rehearsal sessions in which Europe’s top choreographers impart their art to unutterably fine dancers. It then details the meticulous back-stage craft, including the artisans who create ballet costumes, and the considerable challenges of Brigitte Lefèvre, artistic director of a company judged for well over one hundred years to be unmanageable. For the balletomane, a guided tour of paradise.

The film has controversies. It’s extremely long – at 158 minutes perhaps too much ballet to absorb in one viewing. And while he showcases both film and dance at their highest level, Wiseman’s choices – notably, to not identify performers, choreographers, or talking heads – initially chafe, and seem to serve film methodology at the expense of dance.

Wiseman disagrees: “I thought about it a lot. I decided that people in the know do not need data. Those who aren’t knowledgeable won’t be greatly aided by information. I want people to simply enjoy what the film is about. The information is all in the credits, and I run them slowly so people can get it there.” What ultimately drove his decision, says Wiseman, is his belief that captioning “would destroy the picture.”

And what a picture. Shooting some of the most beautiful creatures on earth from fresh and visually alluring camera angles, including an overhead perch, Wiseman’s objective eye spills over with rapture for the art form. 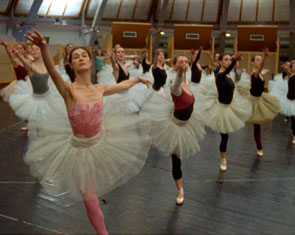 “I have enormous respect for dancers and their discipline,” he says. “Plus, all my films are about work. Dancers start working young, at six or seven years old, and their careers are over by 40. They take class in the morning, rehearse in the afternoon, and perform at night. This goes on all year round, year in and year out.”

The film reflects the crushing load of labor-intensive work involved in transferring ballet ephemera from generation to generation. Wiseman notes that one of the Paris Opera Ballet’s strengths as an institution is that retired ballet stars—called étoiles in French—remain in the organization to coach the next crop of youngsters.

Wiseman photographs the amazing coaching sessions, several located in studios tucked beneath the high-reaching cupola windows of Palais Garnier, Paris’s beloved Beaux-Arts opera house. Filming in an environment rife with mirrors, Wiseman admits with a laugh, “was a horror show,” but he artfully hides his camera from sight. By using the mirror well, he adds, “I could include both the dancers and their coaches in one frame.”

When asked who in the art world works as hard as dancers, his simple reply is, “me.”

But something in dance seizes his imagination: “Dance makes you question what our own transience represents. There’s a ricochet effect between the exquisite form captured in choreography and the human experience from which movement is derived. Dance makes me think about ordinary life differently.”

You can read more on this film in an article co-authored with Doug Cummings on the AFI film festival blogsite.

“La Danse” opens at Laemmle Theaters in Beverly Hills, Encino and Pasadena on November 20. It screens at AFIFEST on October 31.