This rustic boulevard, photographed at the turn of the twentieth century, occupied a Los Angeles neighborhood with the aspirational name of Edendale. One hundred years later, it’s called Echo Park. The street was then Allesandro. Now it’s Glendale Boulevard, or more accurately, a two-mile suction tube for automobiles hurtling toward downtown Los Angeles. 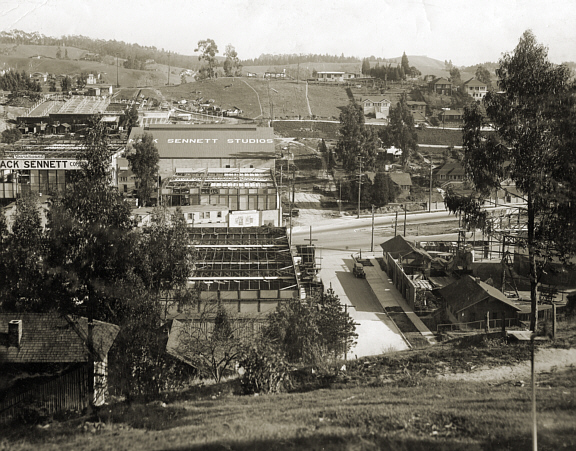 On this modest strip, from 1909 to 1928, prospered a genial group of fruits and nuts who flocked to our sunny clime to make moving pictures. Edendale wasn’t a random happening. At its height it was a beehive of integrated film activity.

Selig Polyscope was the groundbreaker, but pioneering Keystone Film Company (home of the Kops) soon followed. Then came the American branch of French filmmaker Pathe, Norbig, and Mixville, the “ville” named after cowboy star Tom Mix.

The big guy on the block was Mack Sennett whose impressive campus-style film factory prefigured those to be erected in Culver City, Westwood, and Universal City. Sennett’s eventual move to Studio City in 1928 would mark the end of the Edendale era. 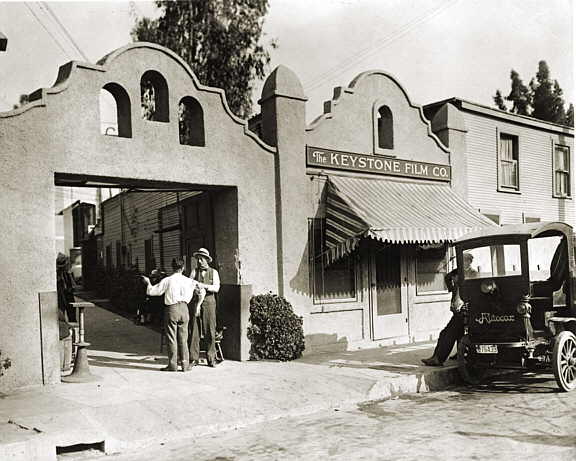 The era’s most accomplished film director was Francis Boggs. The violent murder of Boggs shattered the community and spurred its gradual decline as a center of film making. Jesse Lasky, Cecil DeMille and Carl Lammele picked up the shards of Edendale and advanced the industry, giving birth to “real” Hollywood.

There’s an astonishing lack of awareness of the existence of this pre-Hollywood neighborhood in Los Angeles. The only memorial is an inadequate plaque honoring Sennett but stuck in the wrong location – it’s where the Selig studio once stood.

All of this arcania I learned at a marvelous lecture at Hollywood Heritage‘s Evening at the Barn series. Giving the talk was Robert Birchard, a film historian whose vast knowledge informed my piece about Theodore Kosloff, the Ballets Russes dancer who was a loyal member of Cecil B. DeMille’s repertory troupe of actors.

Cameras rolled on the first Edendale production in October 1909, one hundred years ago this month. Happy Birthday, Edendale. For your birthday present, we are going to remember you.

2 thoughts on “Before Hollywood came Edendale”