John Sebastian’s songs for the Lovin’ Spoonful placed him firmly in the elite 1960s songwriting fraternity that helped turn rock from entertainment to an art form. Like Paul Simon, John Phillips of the Mamas and Papas and Roger McGuinn of the Byrds, Sebastian was one of the prime architects of folk-rock. That crop of folk veterans was liberated by Bob Dylan’s incisive lyrics and homemade song forms on the one hand, and the Beatles’ melodic rockers on the other. In Sebastian’s case, he could write sparkling musical valentines like “Do You Believe in Magic,” “You Didn’t Have to Be So Nice” and “Summer in the City,” and rambunctious Americana with improbable rhymes like “Pow!” (for Francis Coppola’s You’re a Big Boy Now movie), and “Nashville Cats.”

When Sebastian headlines at Pepperdine University’s Smothers Theatre his songs, at once personal and universal, will serve as a generation’s musical travelogue.

The Spoonful always transmitted fun from the stage. Sebastian was the primary lead singer, with bass player Steve Boone leading vocal harmonies and handling his own songs. All the while the irrepressible guitarist Zal Yanovsky bounced around like a happy monkey. 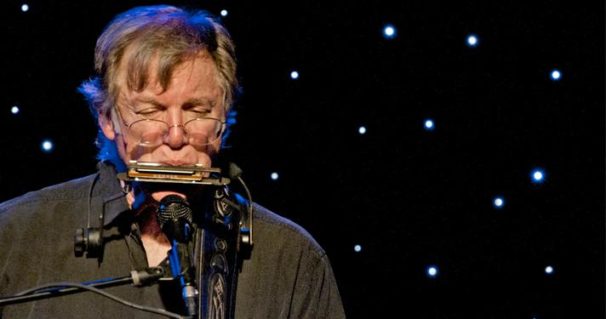 There was also an important strain of Sebastian’s songs that was intimate and vulnerable. Ballads and confessionals like “Younger Girl,” “Daydream,” and “Younger Generation” wrestled with social dilemmas.

“It’s really true that nothin’ matters. No mad, mad world and no mad-hatters. No one’s pitchin’ ‘cause there ain’t no batters in Cocoanut Grove.”

The Spoonful’s “Cocoanut Grove” referred to a Florida locale, one of the homes of singer-guitarist Fred Neil (1936-2001). Sebastian grew up in Greenwich Village — ground zero for the ‘60s folk boom — where Neil was a revered performer. At the Smothers, Sebastian will pay special tribute to Neil, a gentle man whose formidable talent couldn’t overcome his demons. His songs included “Candy Man” for Roy Orbison, “The Dolphins” and Harry Nilsson’s “Everybody’s Talkin’.” Dylan and Richie Havens studied Neil intensely, and Neil’s rich baritone voice would be echoed by fellow Floridian Jim Morrison, and Tim Buckley.

Sebastian, son of the renowned classical harmonica virtuoso of the same name, first worked in the Village as a harmonica player. He first sat in with Neil at one of the Village cafés and initially found him quite reserved. “At the end of the second tune,” Sebastian recalls, “he started talkin’ to me. I had a job at a classical guitar store so I tuned his 12-string guitar; even flatted the major third for him.” That melted Neil’s stony demeanor. 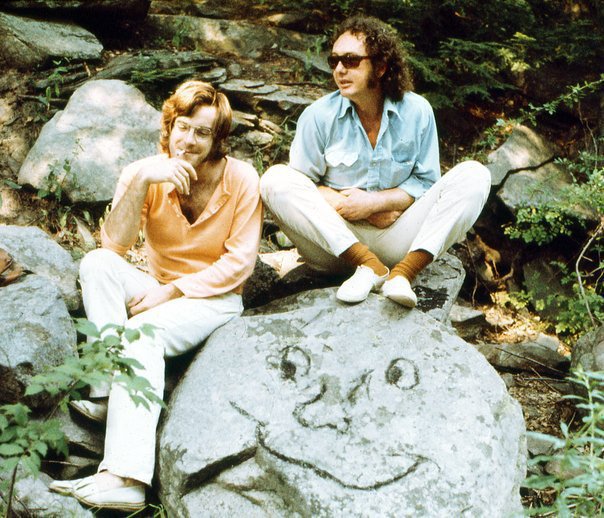 “I was underfoot for a couple of years,” Sebastian remembers, “when Paul Rothschild was producing for Elektra Records. I played on Fred’s albums Tear Down the Walls (’64) and Bleecker and MacDougal (’65), and our friendship blossomed. I’d get in the car with Fred and his sketchy friends on his trips south,” Sebastian chuckles. “He never stopped—just drove straight on with the help of Benzedrine! That was my first trip to Cocoanut Grove.”

“Fred was a very special talent,” Sebastian asserts, “but he didn’t talk about himself. He had a lot of friends in the jazz world and everyone in the folk world looked up to him. But he really came alive around women. He’d open up about himself to the Village waitresses. But they all knew not to get within forty feet of Freddie’s voice. Because if they heard it, they’d all be goners!”

“The Dolphins” is a Neil masterpiece: it’s a laconic lament, with his silky baritone floating over the guitars like a blissed-out dolphin over the whitecaps. In effect, it’s his musical valentine to Florida. Neil became a heroin addict and the would often disappear from the folk scene to Florida.

Kirk Silsbee publishes promiscuously on rock, jazz and the visual arts. He has been an arts·meme contributor for five years