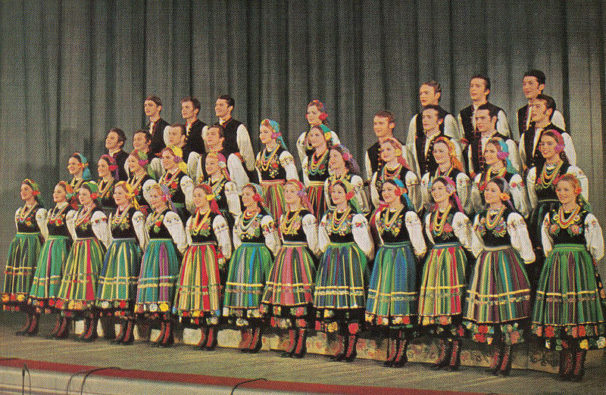 In the film produced by Amazon Studios, two fictional lovers meet at “Mazurek,” a folk-music-and-dance troupe based on Mazowsze, a real ensemble founded after the war and still active today.

“Mazowsze has been around ever since I can remember,” says the director. “When I was a kid, the state radio and TV was full of its music, the official music of the people. It was seen as uncool and absurd among my friends, who’d much rather listen to bootlegged recordings of the Small Faces or the Kinks. But when I saw Mazowsze live five years ago, I was engrossed. The melodies, the voices, the dances, the arrangements were so beautiful and vital. And so far removed from our virtual world and electronic culture. They swept me away.”

Mazowsze (named after an historical area of in the country’s northeast) was founded in 1948 by the Polish composer Tadeusz Sygietyński and his wife, the actress Mira Zimińska. They journeyed into the Polish countryside, as musical ethnographers, to collect folk songs along the lines of what Woody Guthrie and Alan Lomax were doing in the United States.

Like the fictional Mazurek ensemble, Mazowsze was co-opted by Poland’s communist government, which saw it as a useful propaganda tool. The songs of the people were pitted against the decadent art of the bourgeoisie – jazz or
12-tone music.

“Mazowsze did tour all Warsaw Pact capitals and Moscow,” says Pawlikowski, “and they did dance in front of Stalin and sing a number called “The Stalin Cantata.”