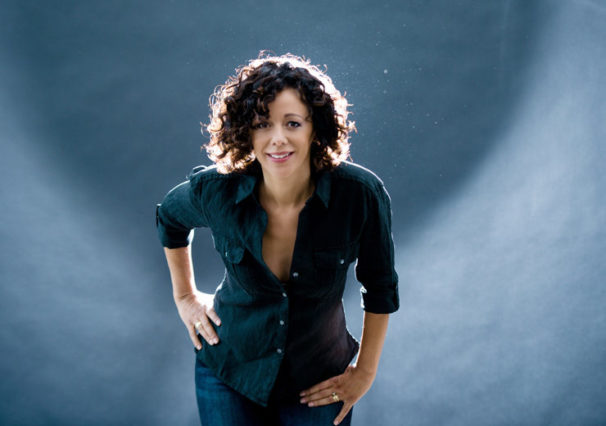 It’s been a recurring pleasure to chart the creative arc of Brazilian singer and songwriter Luciana Souza through her SoCal appearances over the years. We remember Jazz Bakery evenings where she held the room spellbound with a tempered vocal delivery on jazz-rooted arrangements and musical interaction. Souza’s clear soprano uses volume judiciously: she can send it sailing like a kite on a windy day, but usually operates within a middle dynamic. In so doing, she draws listeners to her. The musicality and the unfolding harmonic and rhythmic flow keeps them close.

Text has always been important to Souza. Poet Tereza Souza is her mother and Luciana absorbed books from a very early age. “My mother read to me,” Souza says from her Los Angeles home, “in Portuguese and Spanish. She read poets, including Pablo Neruda and you know how important he’s been to me.” Souza’s 2014 album, simply titled Neruda (Sunnyside), set ten of his poems to the organic arrangements Luciana devised with pianist Edward Simon, who acted as sole musical accompanist.

Souza has addressed a lot of different material—from Joni Mitchell and James Taylor songs to the Neruda poems to standards associated with trumpeter Chet Baker. A Berklee College of Music grad, she admits that her love of the Bossa Nova composers and tradition makes her something of an anomaly. “I consider myself a Brazilian jazz singer,” she points out. “I love the tradition of songs of Caetano Veloso, Dorival Caymmi, Milton Nascimento and Gilberto Gil. I favor the older music. The harmonies are so interesting and so are the stories in the songs. All of those composers knew European classical harmonies, and they loved West Coast jazz. That music came to us on the radio; my father heard it in the central square in his village in northwest Brazil in the 1950s. The Bossa Nova writers loved what they heard of Chet Baker, Stan Getz and Bud Shank. It made their own music richer.” 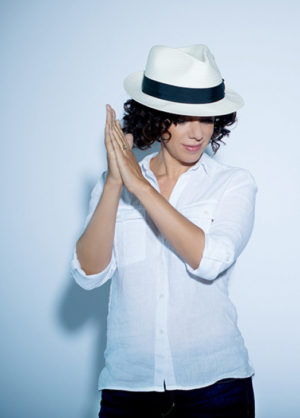 The 52-year-old Souza happily avoids the ‘art song’ category with the in-the-moment collaborations she indulges, with guitarist Pinheiro and bassist Colley. “Chico is a very special musician,” she maintains. “He’s a younger player, so he has all of this new music. But he’s also very deep on Bossa Nova. And with Scott, his rhythm is so strong that I forget we don’t have a drummer. He’s great at supporting player and a great soloist, too.  Both of them can anticipate where I’m going; that’s so important.”

At Royce, she promises a formal aspect to the evening. “I wouldn’t call it dramatic staging,” she avers, “but I’ve put a lot into the planning. Some of the pieces we’ll do are songs, some are poems set to music, some are wordless, and some are up-tempo. Taken together—they tell a story.”

She’s aided by the poetic sound of the Portuguese language. “Thank you for recognizing that,” she says. “Yes—our language is musical. It’s softer, rounder, and the syllables aren’t hard; we have no rolling Rs. The sounds are formed inside the mouth; you don’t have to masticate them.”

But is the wrapping, Portuguese, more important than the musical package? “People want an experience,” Souza emphatically contends. “They want to experience something that has some thought attached to it. I’m not a native English speaker; I collect vocabulary and language through songs and poems. I need this process to speak to and connect with the audience. Recording artists have to ask themselves how people can sit at home for an hour with an album and experience something wonderful. Well, the same thing applies to a live performance.