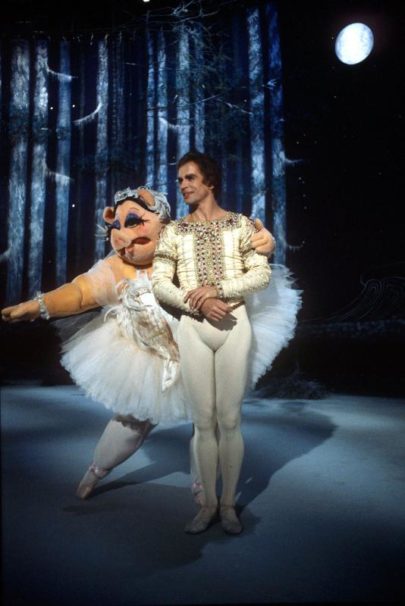 For your bidding: An embellished custom-made golden bodice with gold lamé embroidery worn by Rudolf Nureyev during his performance as the handsome prince while dancing with a giant ballerina pig in “Swine Lake” on season two of The Muppet Show. The bodice is generously embellished with silver and gold lamé trim, applique, simulated pearls, chunky rhinestones, velvet ribbons, gold-tone beads, and scattered iridescent glass.

According to the Nureyev Foundation, an invitation was extended to Nureyev in October 1977, and the episode (#213 of Season 2) was broadcast shortly after the release of Valentino.

We’d like to see David Hallberg, Marcelo Gomes, Sergei Polunin, or  Roberto Bolle bid on that lovely thing — and wear it! 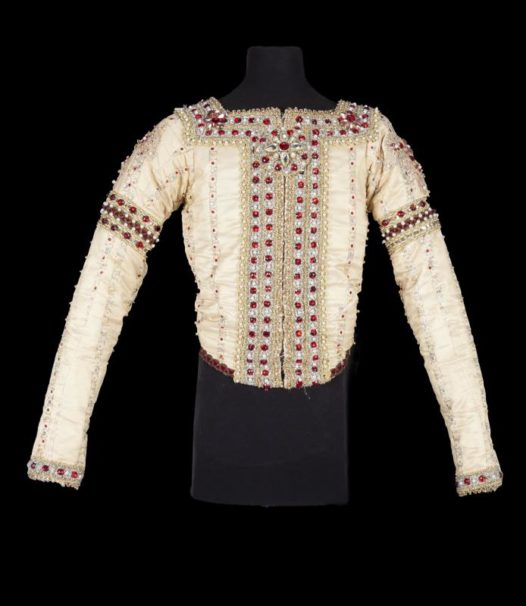