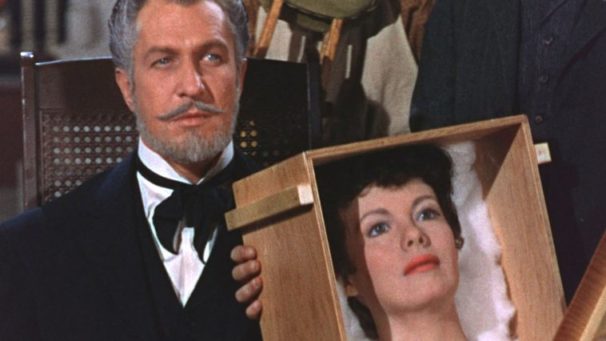 In the photo, Mitch McConnell (Vincent Price) crates up Dr. Blaisey-Ford’s brain and sends it, and her, packing, back to Palo Alto. Her frozen, stunned expression captures her shock that truth-seeking holds little water for half of the population. For many, we’re living a national horror show — in a new America. To better adjust, let’s study a classic from the past.

This Halloween season, Laemmle Anniversary Classics and its film critic host Stephen Farber, will screen the 1953 horror thriller House of Wax, starring horror-meister Vincent Price, in the movie’s 65th anniversary. The 3-D film was a remake of Warner Bros.’ Mystery of the Wax Museum (1933) with the added sensation of three-dimensional technology. 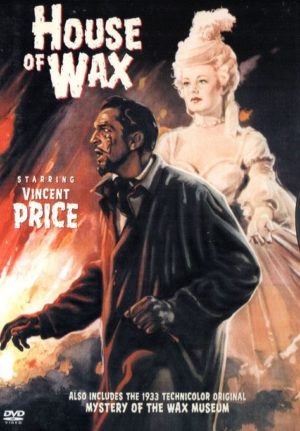 The film’s workman director was the Hungarian émigré, Andre de Toth, who remarkably had but one eye. That meant was unable to see the 3-D effects of his most accomplished movie.

House of Wax was the first color 3-D feature film from a major studio, and its success at the box office fueled the craze that swept Hollywood in the early 1950s.

Price stars as a wax sculptor-artist of an early twentieth-century New York wax museum who is disfigured in a fire set by his greedy business partner.

He returns to open a new house of wax figures that create a show business sensation of shock and terror, with a horrifying secret – his wax effigies are now filled with corpses. 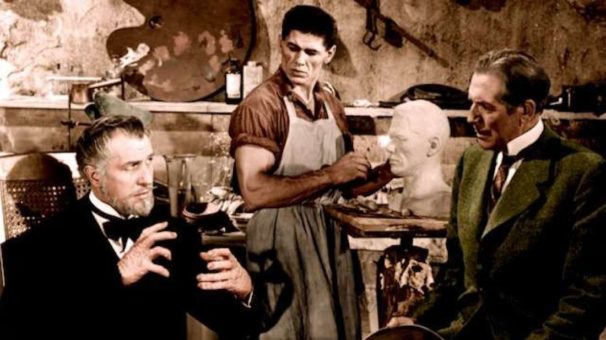 After playing primarily supporting parts, Price relished the leading role that launched him into the front ranks of screen villainy, and he spent the rest of his movie career closely identified with the horror-terror genre in House on Haunted Hill, The Pit and the Pendulum, The Masque of the Red Death, The Abominable Dr. Phibes, and Theater of Blood. A strong supporting cast included Frank Lovejoy, Phyllis Kirk, and in roles early in their careers, future Oscar-nominee Carolyn Jones and action star Charles (Bronson) Buchinsky (Death Wish), who is somewhat pitiable in the role of madman Price’s mute assistant.

The film was successfully reissued twice, in 1971 and again in the second 3-D fad of the early 1980s. In 2014, the movie was selected for preservation by the Library of Congress in the National Film Registry.