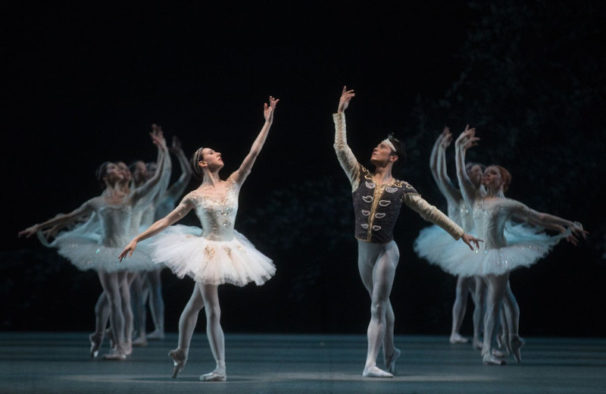 Let’s start at the end: During curtain calls at American Ballet Theatre’s “La Bayadère” Friday night at the Dorothy Chandler Pavilion, ballerina Isabella Boylston gave her bouquet to her partner Jeffrey Cirio with a deferential flourish. Then, in a strange, gender-bending moment, she and third lead Misty Copeland curtsied, and curtsied some more to Cirio, before pushing him forward to acknowledge the applause. The women were so right. As the warrior Solor, Cirio was the star of an uneven and disappointing evening.

“La Bayadère” isn’t a great ballet. Set in India and choreographed by Marius Petipa, it premiered at Russia’s Mariinsky Theater in 1877 when Indian exoticism was the rage. The great Natalia Makarova lovingly staged this ballet of her youth at ABT in 1980, and it is all melodrama, mime and grandiose Hindu temples, with bursts of technical variations for corps and leads alike. 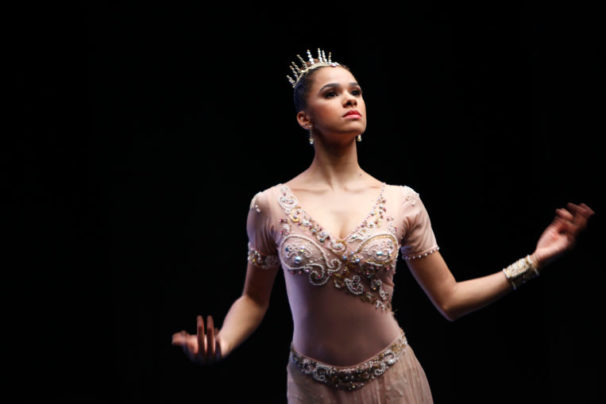 We so wanted homegrown star and ABT diversity poster-child Copeland to shine, even in the thankless role of Gamzatti (thankless for its dearth of dancing and its overload of imperious posing and posturing). She didn’t. We wanted Boylston to move us as the lovelorn and sensual temple dancer, Nikiya, whom Solor ditches for Gamzatti. Boylston got there, but not consistently.

Most of all, we wanted the ballet’s clunky journey to be redeemed by the famous Act II Kingdom of the Shades scene. In Petipa’s sublime choreography, corps de ballet dancers in white tutus file down a ramp to execute an extended, repeating pattern of simple steps and arabesques, all in exacting unison. It should be breathtaking in its technical purity. It wasn’t. The ramp was foreshortened and visually undramatic, and there were only 24 dancers instead of the traditional 32. The first dancer wobbled in arabesque and she wasn’t alone. Arms weren’t always coordinated. Legs were at different heights in the line up at the end. At times the dancers were carefully precise but it wasn’t enough to evoke the spiritual catharsis we’d hoped for. Which is hugely disappointing since the shades scene is the primary reason to see “Bayadere.”

The first cast in Makarova’s staging for ABT featured Anthony Dowell as Solor, Cynthia Harvey as Gamzatti and Makarova herself as Nikiya. Ah, sweet memories of truly great dancers and the golden days of ballet in America. We were there.

But I digress. Back to the much-applauded, bouqueted-and-kissed Cirio. (Yes, Boylston and Copeland gave him big smooches too.) Cirio is a short, compact dancer in the Baryshnikov mold with high, light jumps, at ease in multiple turns and no hiccups in transitions and landings. His variations were the highlight of the night. His acting wasn’t particularly heartfelt, but it’s hard to show any subtlety of feeling in a ballet as hammy as this one.

As for Boylston, there were moments when I could see Makarova’s stamp: for instance, in her first few languorous steps. They were simple and sensual, lingering just past the musical beat as if stretching it out, a technique that makes one acutely aware of both the quality of the movement and its relationship to the Minkus score. She performed the difficult scarf dance dutifully and was languidly heartbroken in her Act III solo. 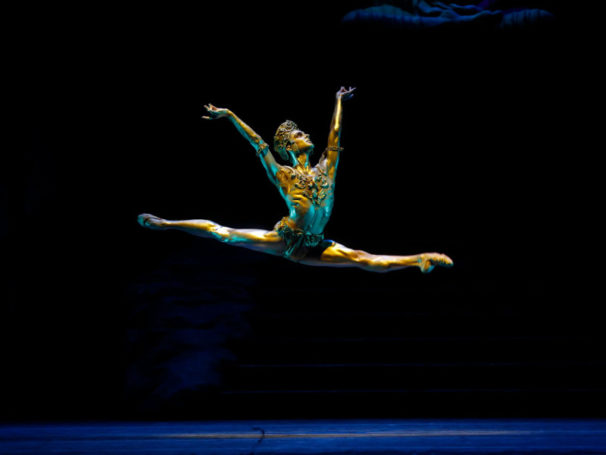 Joseph Gorak as The Bronze Idol showed off some beautiful leaps in this cameo role, but again, the brief and random technical wowiness carried no narrative value.

Then there was Copeland. As the first African American to be promoted to principal at ABT she has broken an important tutu ceiling and she deserves credit for wearing that mantle with passion and grace. But on Friday she seemed flat, cautious, earthbound and especially off in the last act. Was it another injury? A bad day in a hamstrung role? Or just the dancer she is these days? Either way it was a disappointment.

American Ballet Theatre’s magnificent history teems with some of ballet’s 20th and 21st century greats. I used to love the company a lot more than I do now. And being a lovesick critic is a sad thing.