A neighborly day in this beautywood with Fred Rogers 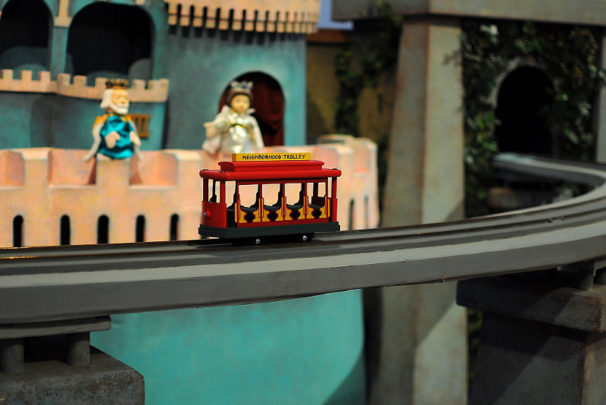 All that was missing was my blankie and a pacifier. Then I would hunker down all night with “Won’t You Be My Neighbor,” the latest documentary from Morgan Neville.

Neville, whose Twenty Feet from Stardom shone a thrilling light on the unheralded talent of backup singers, in this new doc shifts focus to yet another unsung American hero: the kindly children’s television star and producer, Fred Rogers. 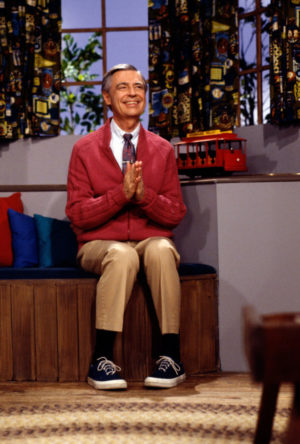 It is a much-needed tale of human decency in our too-inhumane, often-indecent times. The man from Pittsburgh, Fred Rogers, who died in 2003, will again, in this film, be your nice uncle. For a reassuring hour and thirty minutes, he will vanquish the bad uncle terrorizing our nation from the White House. Begone, scary monster.

It takes a good deal of watching this home-spun documentary to truly take in its premise: That a person of valor, dignity, and high ethics had the bully pulpit serving an audience that matters so much: our children.

His kindness, and adherence to a philosophy of how kids should be communicated with, and entertained, was fiercely held. Unsurprisingly, the film’s sweetest scenes show Mr. Rogers interacting with youngsters. Most gaze at him with an expression best described as pure happiness. The usual suspects show up, as well, as talking heads: his wife, two sons, colleagues and coworkers at WQED-Pittsburgh where Mr. Roger’s Neighborhood was created, produced and broadcast nationally from 1968 to 2001. 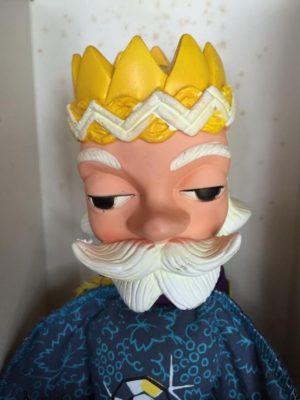 A humble man who led a life of strange consistency (he weighed 143 pounds his entire adult life), Rogers was a relentless proselytizer for the unique magic of childhood — while being realistic about its traumas and pitfalls. His own rather pedestrian boyhood was brought alive by a vivid fantasy life. His pursuit of a religious path, a career in the ministry, connected directly to working with kids, which quickly became his life’s mission. The show’s repetitive format reflected his view that kids rely deeply upon what is familiar and  comfortable — with its strong delineation between the worldly space (where Mr. Rogers sang his song, and changed into his sneakers and cardigan sweater) and the land of make believe, the kingdom of the benevolent monarch, King Friday XIII. A child, seeing Mr. Rogers in person, asked him quizzically, “How did you get out?”

Also in real life, upon exiting the screening a fellow audience member remarked to me, in astonishment, that when speaking to children, Mr. Rogers “never lied.”