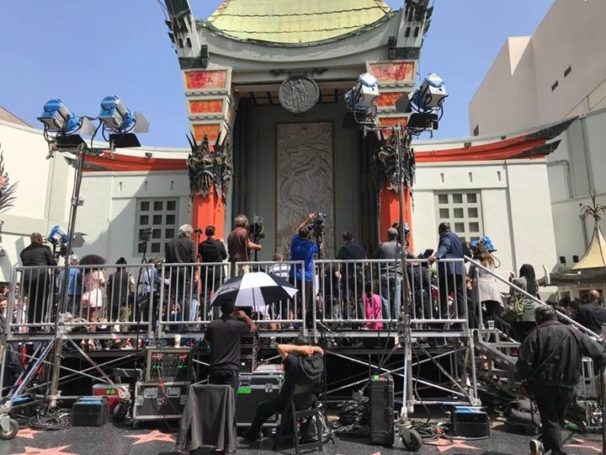 It’s still going, more or less. The quaint tradition begun by showman Sid Grauman at his Chinese Theatre (which by some miracle, still stands): hands, feet, and autographs plonked into a square of still-wet cement. The photo above was taken from across Hollywood Boulevard looking toward the footprint ceremony for Cicely Tyson at TCM Fest 2018.

Lost in a monstrous tangle of equipment and fence-barriers, Tyson joined the ranks of legendary names of the silver screen. Unfortunately in the process, the precious Grauman’s Chinese (now the TCL Chinese Theatre) is dwarfed and overrun by crud. A very far cry from days of yore when fans got up close and personal with their favorite movie stars. I had to wonder how TCM host, the late Robert Osborne, would have liked this sight. My guess? Very little. 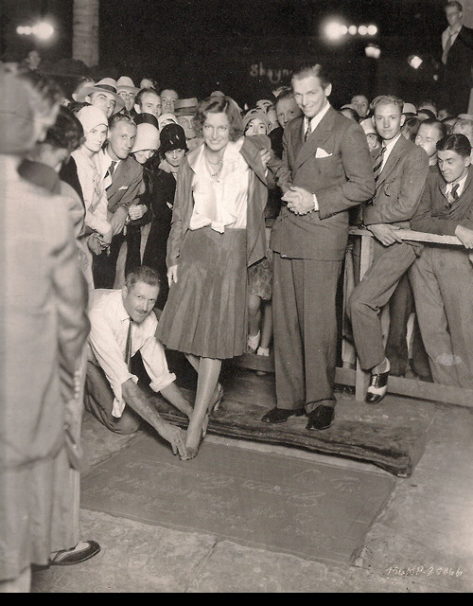 historic photos courtesy of ‘it’s the pictures that got smaller‘