Farber on Film: TCM Fest 2018 brings home the power of the press

This year’s TCM Classic Film Festival, which opens in Hollywood tomorrow night, is divided into several theme-related programs. One of the most intriguing—and certainly the timeliest—is called “Power of the Press” and celebrates movies about journalists. All the President’s Men was the Festival’s opening night film in 2016, so this year’s selections are not such overtly political movies. Still, in the Trump era, any film that honors reporters, especially newspaper reporters, is especially welcome.

The unquestionable highlight of this series, though not the most flattering picture of the press, is Howard Hawks’ His Girl Friday (1940), adapted from the classic newspaper comedy, The Front Page, by Ben Hecht and Charles MacArthur. Hawks and screenwriter Charles Lederer reworked the original play to turn ace reporter Hildy Johnson into a woman, marvelously played by Rosalind Russell, and her relationship with ruthless editor Walter Burns becomes a combination of romance and rivalry. Cary Grant and Russell are both at their best, with Grant bringing a bracing cynicism to his portrayal of the editor who will do absolutely anything for a story. Although the film doesn’t idealize reporters, it honors their energy, determination, and willingness to sacrifice any hint of a personal life for the sake of a scoop. 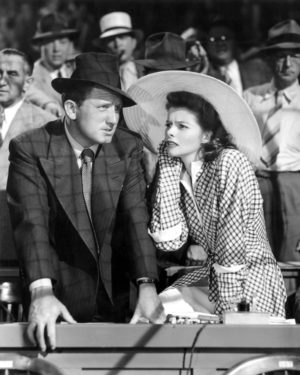 A movie from the same era, George Stevens’ Woman of the Year (1942), provides a different variation on the newsroom romance. The very first pairing of Katharine Hepburn and Spencer Tracy cast her as a brainy political columnist and Tracy as a down-to-earth sportswriter.

Their chemistry in this movie is matchless, even if the ending—in which Hepburn is humbled by an array of kitchen appliances—seems slightly cringe-worthy in today’s climate. Nevertheless, this movie about a brilliant political journalist who happens to be a woman was edgy and gratifying, and if Hepburn (who has never been sexier) realizes that she has to make sacrifices to keep her marriage alive, the film never suggests that she should give up her career for a man. 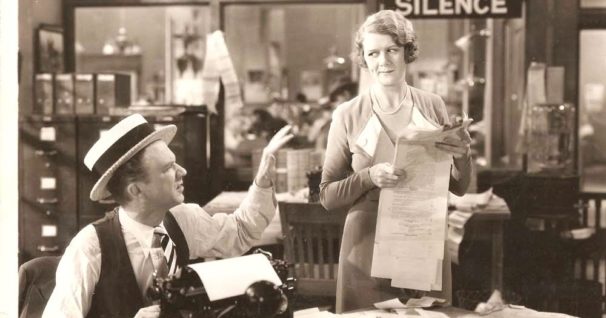 The newspaper genre was a delightful Hollywood staple from the early 30s through the 40s, and one of the lesser known gems of this series, Blessed Event (1932), was a pre-Code comedy of sass and smarts. Lee Tracy, who earned an Oscar nomination three decades later playing an ailing President in the film version of Gore Vidal’s The Best Man, plays a cutthroat gossip columnist modeled on Walter Winchell. As Pauline Kael wrote, “Probably nobody in Hollywood history was better at the art of timing and placing a wisecrack than Lee Tracy.”

However, the major discovery of this series may be Samuel Fuller’s Park Row, a barely remembered newspaper drama from 1952 that was a kind of homage to Fuller’s own early days as a reporter. It’s a story paying tribute to the birth of the modern newspaper era, set in New York in the 1880s. 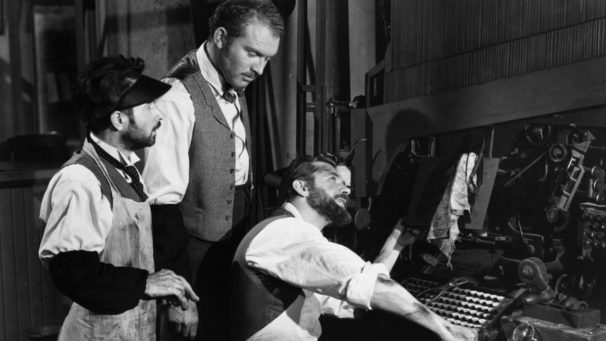 About 15 years ago I wrote an article for Movieline magazine asking a number of prominent directors to pick one film that they thought was seriously underrated. The late Curtis Hanson selected Park Row as his favorite, but we were not able to include it in the article because the movie was not available on video. Devoted moviegoers—and Curtis Hanson admirers—should rush to the TCM festival for a rare opportunity to see this forgotten film on the big screen. Another important director, John Sayles, will discuss the film with the audience and explain why this raw melodrama deserves to remembered along with better known films celebrating tireless newspaper men—and women.