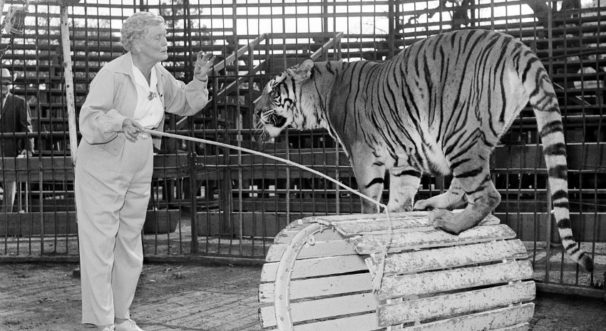 Looking forward to a screening of Mabel, Mabel Tiger Trainer written, produced and directed by Leslie Zemeckis, whom we last met in connection to her prior film Behind the Burley Q. 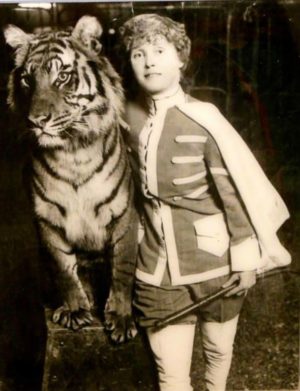 “Mabel” is receiving a special screening in Los Angeles in connection with International Women’s Day, March 8. That is truly well timed, particularly in today’s Hollywood where several female tigers are on the loose.

“When I first started researching Mabel Stark I thought it was going to be a story about courage,” states Zemeckis.

“I discovered however, that her story was really a love story. She loved her tigers so much she would give her life for them.”

Raised in poverty in Kentucky, Mabel Stark joined the circus in 1911 and became the first woman to train tigers, earning the center ring despite being told that women couldn’t work the big cats. 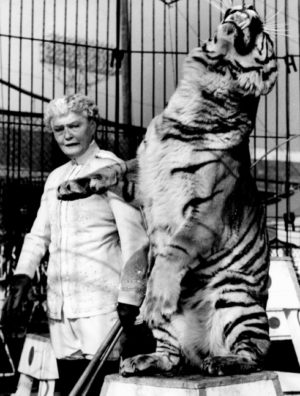 In a 57-year career, she headlined shows with Ringling Bros and Barnum & Bailey, survived multiple maulings and marriages, starred in Hollywood movies, and managed up to 20 cats by forming intimate relationships with each, rather than using the whip.

Her life ended tragically just outside of Jungleland in Thousand Oaks, CA, and her legacy and the golden era of the American circus is recounted by former animal trailers, performers. The film is narrated by Oscar-winning actress Melissa Leo.

In addition to the Beverly Hills event, there will be a special screening March 25 at the Chicago History Museum, and by invitation-only at The Museum of Modern Art in New York City. The film will be released domestically on DVD and streaming platforms beginning April 10.