A ‘red-sock’ Valentine from Grover Dale … and Debbie Reynolds 3

A perfect post for St. Valentine’s Day is the ‘sock-in-the-jaw’ dancing Grover Dale delivers in “He’s My Friend,” choreographed by Peter Gennaro for The Unsinkable Molly Brown (1964).

Dale is right on the money in this wonderful number. Gus Trikonis and Debbie Reynolds also excel, Debbie more than holding her own with the two dynamos partnering her. Only one of them, however, Grover Dale, wears red socks. 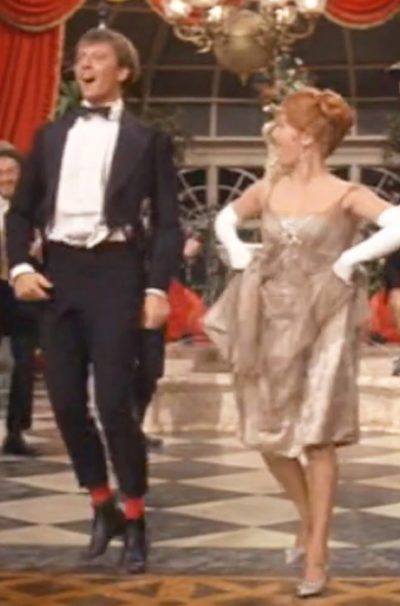 Dale, the dancer/choreographer/teacher/director and friend of arts•meme who is now writing his memoir, notes, “See what a pair of red socks can do for a dancer.”

An excerpt from the memoir here:

“He’s My Friend” was staged by the fabulous choreographer, Peter Gennaro. We rehearsed for 16 weeks. When we arrived on the set, I looked around and realized, “Hey, I’m in an MGM musical. It’s time to go for it, right?” I doubled down and brought everything I had to the table, including a pair of red socks from my hotel room. Without Debbie Reynolds’ support, those red socks would never have seen the light of day. I owe her big time.

In a separate rehearsal photo, we see that Reynolds brought her own equipment to dance at MGM. She had a pert figure, pretty legs and good ankles! 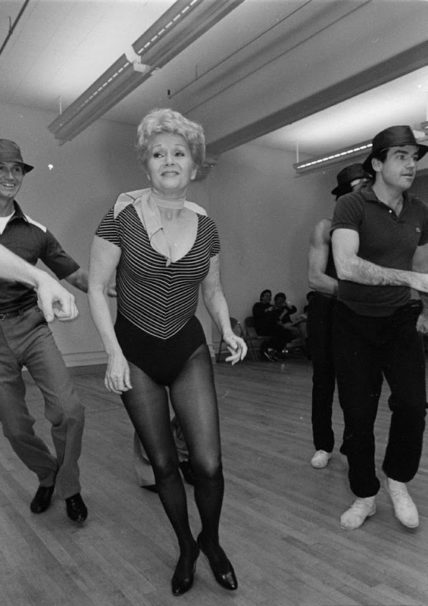