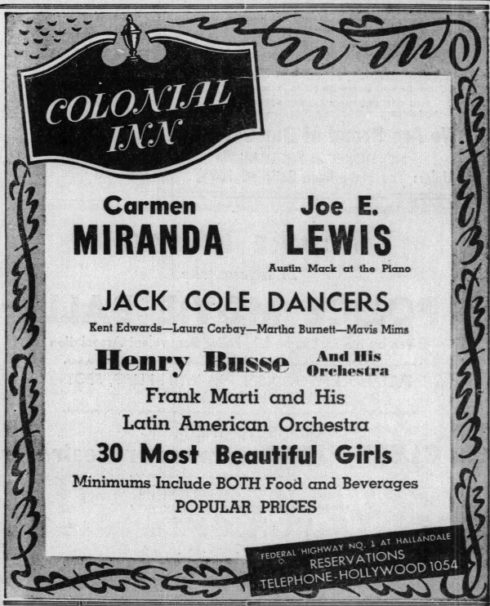 Seventy years ago today, February 14, 1948, a display ad for the erstwhile Colonial Inn in Hallandale, Florida, ran in the Ft. Lauderdale News.

The Inn was neither colonial nor an inn. It was a “carpet joint,” a boozy, broad-filled gambling joint whose boss man was notorious. 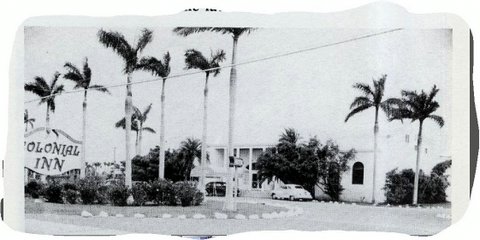 The club would soon be closed down by local authorities for operating without the proper licenses.

Jack Cole and His Dancers killed at the Colonial over the holiday season. They opened December 25, 1947 and closed soon after this ad was published on February 14, 1948.

Jewish-Mafia financial wizard Meyer Lansky was the owner. There is no way, no way in this world, that dancing at the Colonial for three months, Cole did not interact with Lansky. 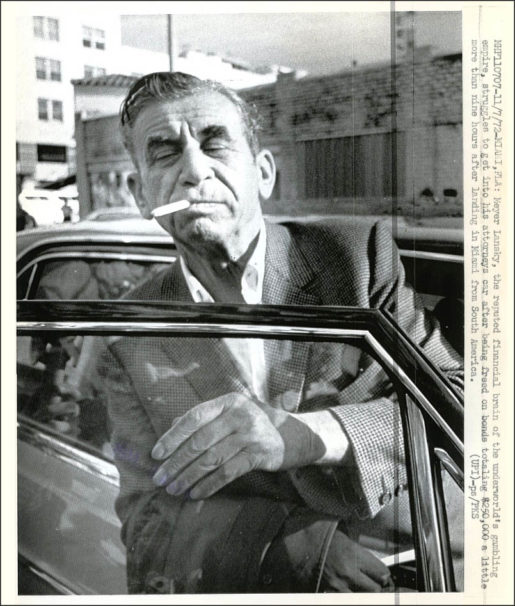 The poor Colonial languished. This story from November 1948, as it traveled into the marginal skids of the entertainment world. 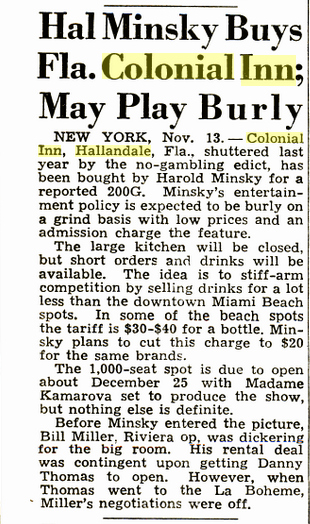 “Burly on a grind basis’ … ‘stiff-arm competition’ … ‘dickering.’ Now that’s when show-biz had some grist! The strippers opened, and got a pretty good review, January 1949, despite the “hoity-toity-ness” of the gathered audience. The place sold out, but audience sat stone silent  as the ‘bump-grinders,’ ‘paraders,’ and ‘peelers’ did their thing with abandon. 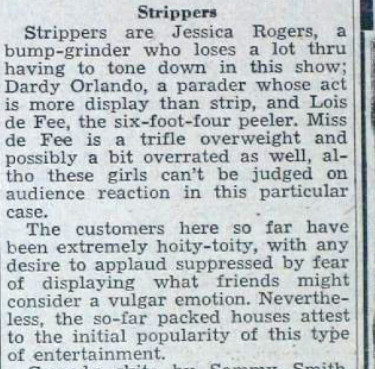