Danny Ezralow opens hearts, minds through dance around the world 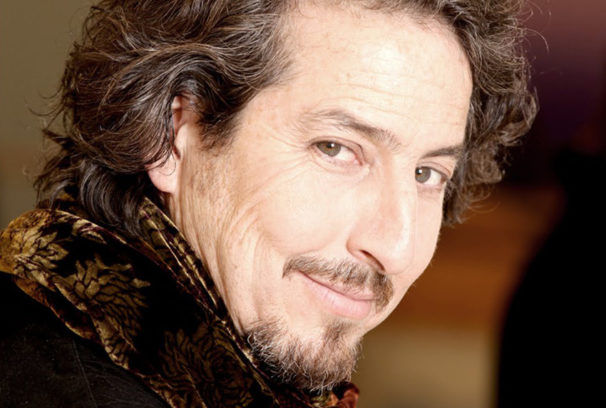 Choreographer Daniel Ezralow is a global citizen. The Los Angeles native speaks fluent Italian, and a smattering of Russian and Japanese, having directed and choreographed projects in all three countries — the massive 2015 Sochi Olympics Opening Ceremony and Japanese Men’s Rhythmic Gymnastics among them. He’s currently a judge on a new Italian TV talent show, “Dance, Dance, Dance” and his evening-length, OPEN, premiered in Italy in 2013. It’s getting a new showcase at Pepperdine University’s hilltop Smothers Theatre, in Malibu, on January 10.

Daniel Ezralow: The idea was to present movement to music you’ve heard before but will experience in a wonderfully new, inventive way.  Anyone who listens to a classical music radio station will know these pieces, but no one would think to put together visually what they’ll see in OPEN.

The idea was to create something very uplifting. Open your mind. Open your heart. Open your joy.  How do we live another day with joy? We are off this planet so fast, we need to inspire people, even if it’s one moment of a curtain opening and [revealing] a beautiful vision, or one second of a jump of one dancer. Art is here to renovate life.

We pre-sold the show in Italy for about three months, which is very unusual. I don’t think I could do that in America. We played it at The Wallis in 2016. It was sold out. Everyone loved it. 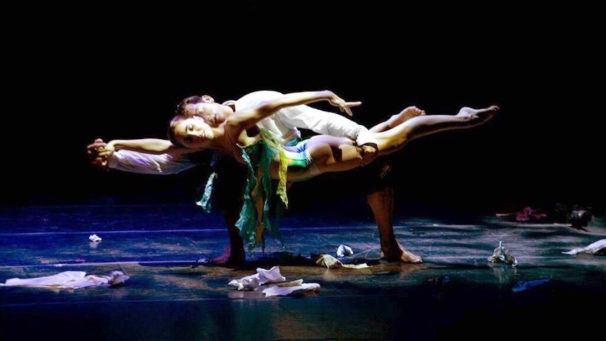 GR: You have created movement for Katy Perry’s video “Chained to the Rhythm,” you’ve choreographed twice for the Oscars, once for the Grammys, and you continue to present concert dance. Do the same dancers work with you in every medium?

DE: Yes. I have about 20 to 25 dancers whom I call when I am doing a project. They are not Juilliard trained where they do concert work, and don’t know the first thing about a movie set. They’re not commercial dancers who “hit it and quit it” and don’t know how to sustain a five day a week, four hours a day rehearsal schedule. They are disciplined, expansive dancers who can do both. I trust them and they flourish.

GR: You danced in New York with the Paul Taylor Dance Company and you’ve choreographed on Broadway (Julie Taymor’s Spider Man: Turn Off The Dark. How do you feel about Los Angeles as an artistic center?

DE: That’s a big question. It could get me into trouble! I came back to LA in the nineties reluctantly but then I got my first commercial job with a six figure salary and thought whoa, what is this place!

Los Angeles was always the commercial hub. It still is. But it has come up enormously artistically. Body Traffic is a great LA company. So is the Ate9 Dance Company.  You no longer have to be from New York if you want to do concert work. I think LA is still a bit behind New York because here commerce will always drive you (as a dancer.) If you want to buy a car, you have to do a commercial. But I love that it’s cross pollinated. You can go back and forth between commercial and artistic.

GR: You have chosen to be a for-profit enterprise, not a non-profit concert dance company that depends upon grants and donations.  Why?

DE: Live dance theater is a tough business. After leaving Paul, Moses [Pendleton] and I created MOMIX. We didn’t want to go the normal route, with a board of directors, a company, funding. To this day MOMIX is a for-profit business. I tip my hat to Moses. He has created works and kept the company running with no grants, no donations. It’s beyond amazing. It’s very difficult but since I hop, skip and jump between all the different disciplines of dance, commercial and artistic, I can do film and television to survive. I am still for profit.  It’s a feeling of being autonomous.

GR: What do you want people to get out of the show?

DE: I want a football fan to come to this show and say it was worth the money. I chose for it to be accessible. I would love to see people in America as excited about dance as they are about football. That can mean make them cry, or laugh. I am not determining what emotion is elicited. But I do want them to have a good evening.