As it rolls into its eleventh year, German Currents Film Festival is forging ahead with a strong selection of German-directed and produced films in genres ranging from action to children’s matinee screenings. The Festival, which opens the weekend of October 13 at Hollywood’s historic Egyptian Theater, according to its website provides “unique insight into German speaking cinema, bringing diverse and thought-provoking narratives, and must-see documentaries, to Los Angeles.” Festival highlights include: 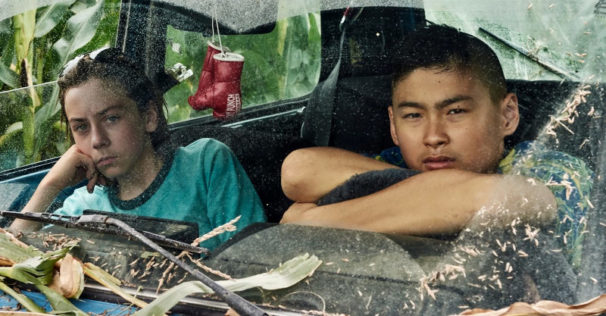 Goodbye Berlin is a fresh, modern take on the coming-of-age story. The Fatih Akin-directed film tells the story of two virtually opposite 8th–grade boys, Maik and Tschick, who “borrow” a car and drive cross-country to visit Tschick’s grandfather. The movie hearkens to classic road-trip movies and almost has a classic southern California feel, despite being set in the German countryside. It plays on October 14, double-billed with Tiger Milk.

This film, presented with the support of the Swiss Consulate General, is Switzerland’s submission for a Best Foreign Film Academy Award. It tells the inspirational story of 1970’s Switzerland and the fight for Swiss women’s right to vote. It deals with the themes of tradition vs. modernity, feminism, and a woman’s place in society on top of a poppy 70’s-esque soundtrack. The October 15th screening, the Los Angeles premiere, will be attended by writer/director Petra Volpe.

Jakob Lass’s action packed art-house-style film is the Festival’s gala opening night selection and a West Coast premiere. Maria Dragus and Ella Rumpf star as two girls whose vigilante-style justice goes horribly wrong when they try to prove being ladylike causes violence against women, or as the trailer states “politeness = violence.” The mostly improvised dialogue and documentary-like camera work make this a “bad ass” feminist take on the action film that’s definitely needed to shake up the genre.

Frida Gurewitz is a Los Angeles-based writer with a specialty in film, art and pop culture.