Love without the germs … from director Garry Marshall 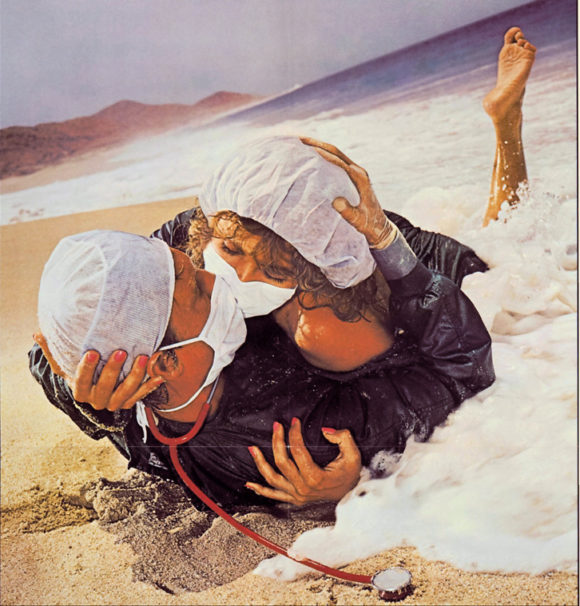 This passionate-but-sanitary movie kiss comes courtesy of “Young Doctors in Love” (1982), the opener of a film series replete with many titles in the comedy genre, all directed by Garry Marshall. It takes place at the Burbank theater that bears the director’s name.

“Movies at the Marshall” will screen all 18 films directed the Bronx-born actor, director, producer, writer, and voice artist who died just a year ago.

As a television writer of renown, Marshall was an A-lister, scribing  for The Dick Van Dyke Show, The Joey Bishop Show, The Danny Thomas Show, and The Lucy Show. As a producer he adapted Neil Simon’s The Odd Couple for television. On his own, Marshall created and produced Happy Days, Laverne and Shirley (starring his sister Penny), and Mork & Mindy.

In July of this year, the Falcon Theater was renamed to honor Marshall, who founded it in 1994. Now on the theater’s mainstage is a production of Terrence McNally’s “Master Class.”

“Young Doctors in Love” is of particular interest because the screenwriter, Michael Elias (along with writer partner Rich Eustis), is a friend of arts·meme. Looking forward to seeing Michael’s handicraft soon.

And hopefully having a laff.

Movies at the Marshall | Garry Marshall Theatre | thru next summer