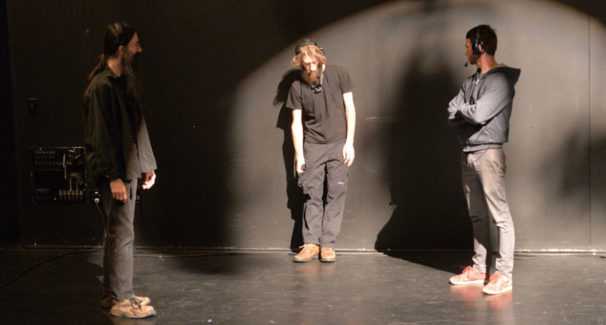 As the Freud Playhouse lost its moorings and ran amok in the final harrowing minutes of choreographer Karen Sherman’s “Soft Goods,” presented Saturday night at UCLA’s Center for the Art of Performance, I’d be hard pressed to believe that the audience, too, did not become untethered.

Was anyone in the room not feeling powerless and scared? Ruminating on America’s most recent massacre in Las Vegas, I certainly was. I had to close my eyes and try to stay calm. 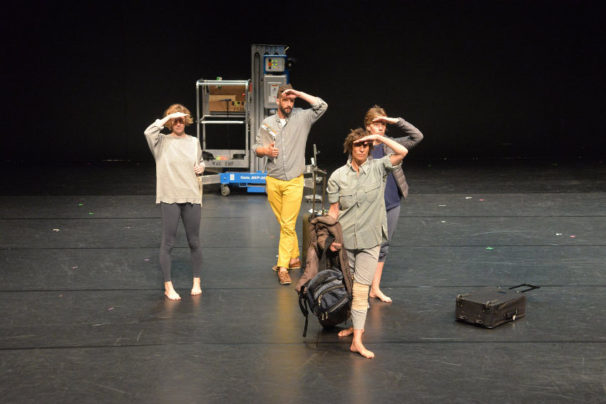 Scared. Scared to sit in a theater on an American college campus. Feeling exposed and vulnerable. Having traumatizing thoughts. For it was my first foray into a public event since a disgruntled loser sprayed bullets over an innocent gathering of country music fans last Sunday.

Sherman’s “Soft Goods,” strewn with dry wit and several laugh-out-loud gags, was superb by the way. And glory be we survived it.

In her affectionate homage to a life in the theater, Sherman, a Minneapolis-based choreographer, staged an open-arena pageant that did more than “tear down the fourth wall.”

She pulverized it. She doubled down on its 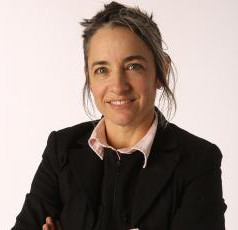 destruction. Scrims, cords, wires, plugs and lighting poles and bars, gels, gizmos and other theatrical apparatus littered the stage and played starring roles. In this backstage drama of the post-post universe, a guy with a Moses-length beard obsessed by his next meal is the funny man. A dance troupe faces off with a theater’s tech crew. Put the other way around, a bunch of nerdy tech guys endure a visit by a contemporary dance company. (“Are those the costumes?” one guy asks in disbelief.) Everyone gets exposed for their dumbness, pretension … and love of what they do.

Ninety minutes of “Soft Goods” passes quickly. We listen in as the techies yammer on their headsets about equipment like wizards; then they get to what they really care about: pizza and beer. We watch as dancers rehearse soporific dance phrases code-named “the tree,” “the pull,” “the turn.” They are the choreographer’s robots, forever seeking their cue.

Inside-out, upside-down. Control-booth people abandon their posts and wander onstage. More or less the show goes on. It ends in a cataclysm akin to Las Vegas. We leave the theater shaken … but alive. Breathe in, breathe out, hunker down on the couch with a glass of wine, and think about it all.

It’s not by accident that Karen Sherman opens the CAP-UCLA dance season. Executive and Artistic Director Kristy Edmunds loves dance-theater. She likes a thinking audience. She likes to yank chains. She supports female choreographers. She brings to Los Angeles not the usual suspects, but this talented artist from the Heartland.

Bring on the season.