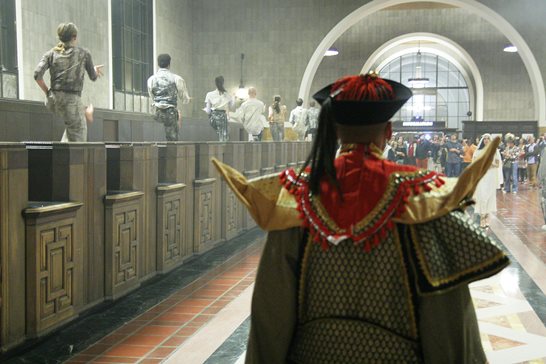 A wonderful idea: a film screening series in the noble and ghostly ticketing hall at Union Station in downtown Los Angeles. Where the teaming masses purchased train tickets, over decades, to all destinations north, south, and east. Lately the historic hall has emerged as a creative space. There, in 2013, photographer Dana Ross captured Yuval Sharon’s “Invisible Cities” hyper-opera — photo above. And on October 13, Metro Art kicks off its “L.A. Documentaries at Union Station,” a celebration of the City of Angels through true stories on film. By the way, we’re counting, in the roster, three out of three directors are women. Very cool. 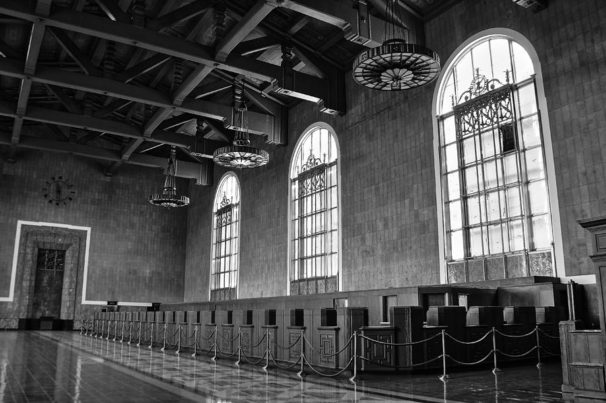 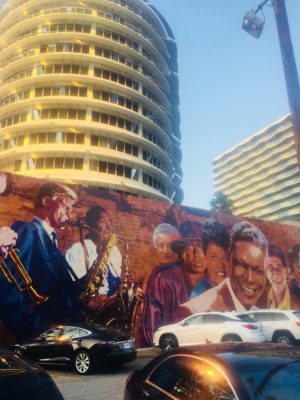 1980s Venice Beach. Hickey, will introduce the film and the screening will be followed by a Q and A with four of the dancers: Mad, Jimmy, Tyrrell and Larry.

Mur Murs (1980)
dir Agnès Varda
Friday Nov 3
Returning to Los Angeles from France in 1979, Varda (who will be honored November 11 2017 with a Governors Award from the Academy of Motion Picture Arts and Sciences) captured the city’s public art and the broad range of muralists working in Los Angeles at the time.

This is the Life (2008)
dir Ava DuVernay
Friday Dec 1
chronicles the alternative hip-hop movement in 1990s Los Angeles, and its cultural center, the Good Life Café.