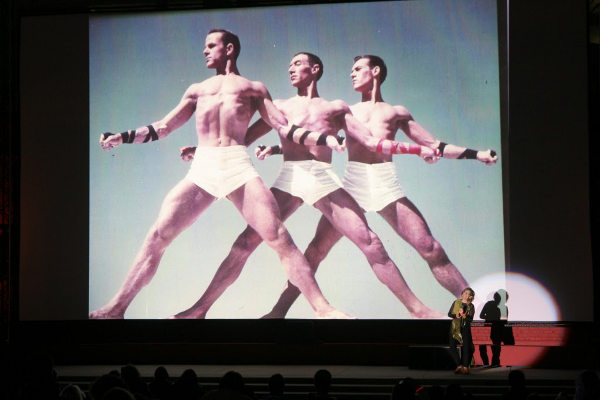 “I just loved dancing. When the war came, and my teacher had to go to the army. How he did it, he never explained, except he did know about Ted Shawn and the men’s group, and he got me a partial scholarship to Jacob’s Pillow in the summer of ’42.

“So my mother swallowed her terror … and gave me $50 and a ticket to get up there to Jacob’s Pillow. I had traveled a little, but not alone. I just went. I got on the train and I got from Pennsylvania Station to Grand Central. I don’t know how I did it. And went to the Pillow which I think probably was one of the best things that ever happened to me because I knew nothing. I just knew dancing from movies. The teachers there included Nijinska. Madam Nijinska taught ballet. [Joseph] Pilates was in residence.

“I studied mostly with Madame Nijinska, Steffi Nossin (modern). I was seventeen. I became 18 while there.

“And then I went to New York and I stayed with a woman who was a sister of the lady who had taken care of my mother when she was ill one time. I stayed at 110th Street and Cathedral Parkway. I didn’t know how to get a job. I just used to get on the streetcar and go down to Broadway. “This is the Army” was playing and Gypsy Rose Lee. I didn’t know what to do. So one day [my mother’s friend] said, “We’re going to get you a job.”

“She got the Yellow Pages out and she went through dancing schools and she found one at Radio City. She said, ‘That’s a good address.’ So she called and said, ‘I have a young man here and he needs a job.’

“It was very strange. I would never have done it. And there happened to be a tap teacher there who was going to choreograph—it wasn’t called choreography then. He was going to do the dances for a Shubert production of “The Merry Widow.” Eddie Sinclair was his name. I went down, and he looked at me. I knew I couldn’t dance very well. I mean, I was only seventeen, having had maybe four years of dancing school.” 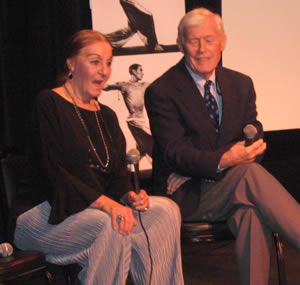 Ethel Martin, his wife piped in: “More than I had.”

“I gave my notice at “Merry Widow” and joined Lady In the Dark at the old Nixon Theater in Pittsburgh [chor: Albertina Rasch].