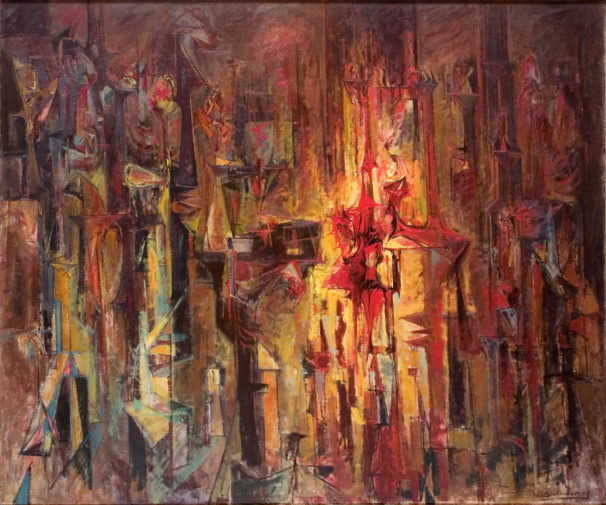 Hans Burkhardt in Mexico, opening tonight at Jack Rutberg Fine Arts, features major works painted in Mexico by the Los Angeles artist Hans Burkhardt over a span of more than 10 years beginning in 1950.

Mexico’s contrasting architecture and sensual landscape had a big impact on Burkhardt. Upon his arrival, Burkhardt – a modernist – was confronted by an ancient culture of contrasts, stating,

Everything was old, antique…What can I paint? I decided I had to study their culture…I painted the soul of Mexico… 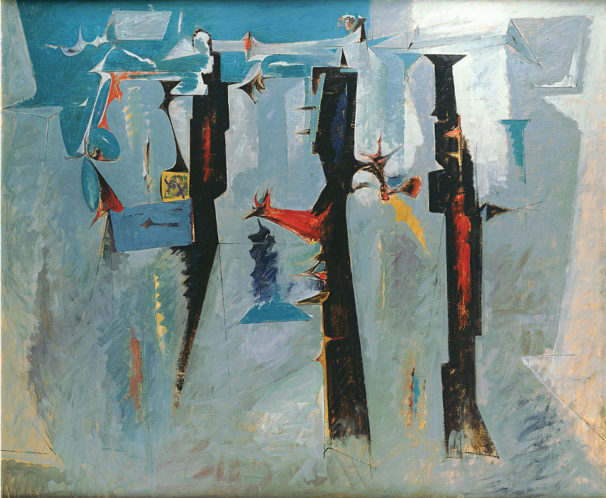 Hans Burkhardt was born in Basel, Switzerland in 1904, immigrating to New York in 1924.  There he was associated with and shared the studio of Arshile Gorky, before moving to Los Angeles in 1937, representing the most direct link between Los Angeles and the New York School.  He resided in Los Angeles until his death in 1994.

As an lead-in to the Burkhardt show, one of several Rutberg contributions to Pacific Standard Time LA/LA, was the gallery’s just-closed summer show, “Mexico in Los Angeles.” The paintings, drawings, prints and sculpture therein explored the impact that Mexican artists had on Los Angeles art, and the impact that L.A. had on them — ideas and images from which Rutberg examines in this wonderful video. His personal tour of the show’s works begins at 03:45. Highly recommended viewing.