Thank you for your art and for reading arts·meme, Burt Barr 1 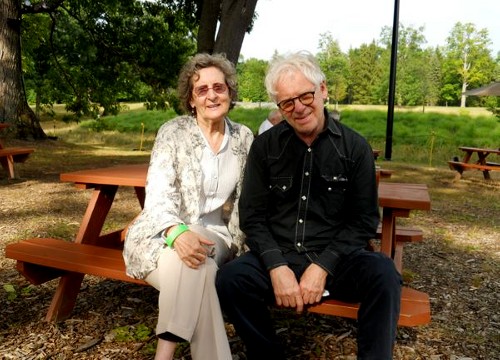 At this time of sadness over the death of the great post-modern-dance choreographer, Trisha Brown, it stung to learn that Brown’s husband, video artist Burt Barr, too, passed away just last November.

I met Barr when he accompanied Trisha Brown for her company’s performances at Jacob’s Pillow Dance Festival in the summer 2011.  At the time, I was engaged as a critic-in-residence. His obit here:

Burt Barr, best known for his humorous and understated video art, died on Monday, November 7. The New York–based artist’s works are characterized by their simple compositions, slow fade-ins and fade-outs, and focus on the mundane.

In the October 2008 issue of Artforum, editor David Velasco reviewed an exhibition of Barr’s works at Sikkema Jenkins & Co. He wrote: “It’s difficult to situate Barr within contemporary conversations about video art; his works seem unconcerned with the expressionistic, seemingly Ritalin-fueled hyperbole of artists-of-the-moment like Ryan Trecartin, Tamy Ben-Tor, or Erkka Nissinen. If anything, the videos’ languid pace and circularity brings to mind the Zen tranquility of a computer screen saver.”

Born in Lewiston, Maine, in 1938, Barr began making videos in the mid-1980s. His early works were shown at film festivals in Montreal, Berlin, Toronto, San Sebastian, Melbourne, and Rotterdam, as well as on PBS. He often collaborated with other artists for his videos, which feature his wife, Trisha Brown, Dorothy Lichtenstein, Robert Rauschenberg, Cecily Brown, and Willem DaFoe, among others. By 1993, Barr started to create installations that were exhibited at institutions such as the Whitney Museum of American Art, MoMA PS1, Museo Nacional Centro de Arte Reina Sofía, and Platform Garanti Contemporary Art Center in Istanbul.

For many years, Barr worked as a professor at Pratt Institute and New York University as well as a lecturer at the Rhode Island School of Design, Parsons School of Design, the Museum of Modern Art, the Suzanne Dellal Center in Tel Aviv, CAPC Musée in Bordeaux, and the Anthology Film Archives. Barr was awarded grants from numerous organizations, including the John Simon Guggenheim Memorial Foundation, the Brooklyn Arts Council, the National Endowment for the Arts, the New York State Council on the Arts, and the American Film Institute.

I didn’t know Burt Barr well. But he read arts·meme and he would send me little notes upon doing so. They were very sweet and I loved getting them. Among other things, he expressed incredulity that I write all or most of the blog. Rest in peace, Trisha Brown … and Burt Barr.

One comment on “Thank you for your art and for reading arts·meme, Burt Barr”