The State Department’s getting de-funded; we’ve alienated the Aussies, the Brits and the Germans. Our newbie Secretary of State, who just admitted his wife made him take the job, has placed us at the brink of nuclear war with North Korea. Half the Arab world loathes us for our unconstitutional travel ban, and it’s a race to see if Mexico doesn’t build a wall first — to keep US out.

But not to worry! Choreographer Larry Keigwin is working the diplomatic front. He and his 13-year-old, 11-member Keigwin & Company have just completed an African tour of Côte d’Ivoire, Ethiopia, and Tunisia. When the mood hit, Larry launched into a brilliant nonverbal negotiation with his African hosts.

Keigwin-the-American, using the power of dance, pretty much leaves everyone in the room in the dust. He lets loose some very freewheeling spin-turns that would make Michael Jackson proud. No one seems to have a response!

The Keigwin & Company visit was funded by DanceMotion USAS a program of the Bureau of Educational and Cultural Affairs of the US Department of State, produced by BAM (Brooklyn Academy of Music) to facilitate cultural exchange while showcasing the best in contemporary American dance abroad. 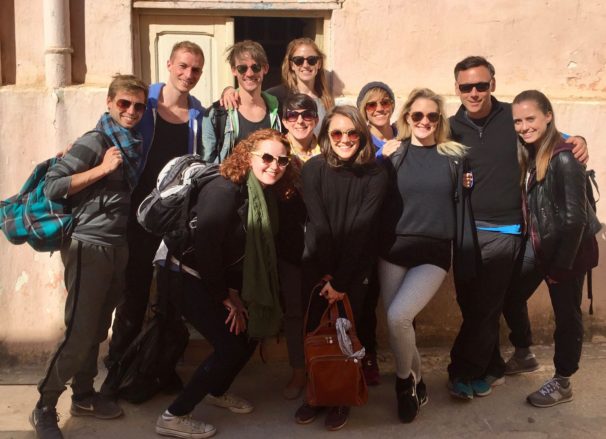