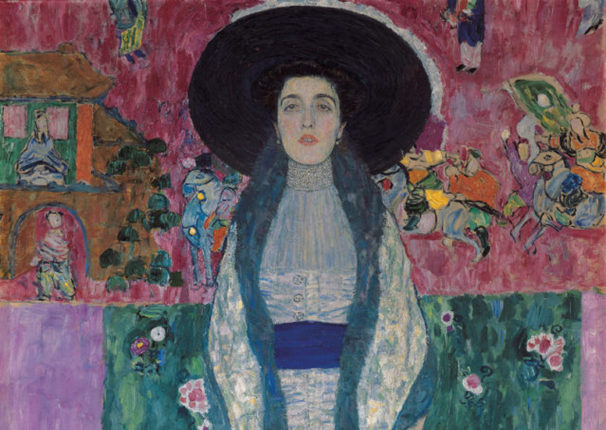 Our dear (if somewhat fatigued) Adele Bloch-Bauer, the subject of two stellar portraits by artist Gustav Klimt, is again packing her suitcases  … this time headed to China. One decade ago she made the rather massive move from the walls of the Belvedere Palace museum in Vienna, first to Los Angeles, then to New York and then, apparently, to baronial ranch-style Santa Barbara estate of Oprah Winfrey.

A story in ArtNet News reveals that Winfrey, the (now former) owner of Klimt’s “Portrait of Adele Bloch-Bauer II,” has sold the precious work for $150 million to an unnamed Chinese art collector.

Winfrey originally purchased the painting, one of two portraits the Austrian artist painted of Bloch-Bauer, at Christie’s in 2006 for $87.9 million.

She really, really wanted it then, but, hey, that was ten years ago.

“Adele II” was one of five Klimt works seized by the Nazis from Bloch-Bauer’s husband during World War II and returned to family heirs after a drawn-out legal battle with the Austrian state museum. arts·meme friend, the attorney Randol Schoenberg, heroically prosecuted the suit on behalf of Bloch-Bauer’s surviving niece Maria Altmann, since passed away. That story is set forth in the film Woman in Gold, starring Helen Mirren.

Winfrey reportedly profited to the tune of $60 million on the sale brokered by none less than mega-dealer Larry Gagosian. I recently read a gripping account in The Hollywood Reporter of Winfrey’s daily breakfast routine at the ranch. Starting at six a.m., in the shadow of her Klimt painting, she quaffed a Weight Watcher’s health shake and sweated on her treadmill. Now, no longer. She is sans Adele.

Artworks that have sold for more than $100 million each at auction. Courtesy Artnet.com