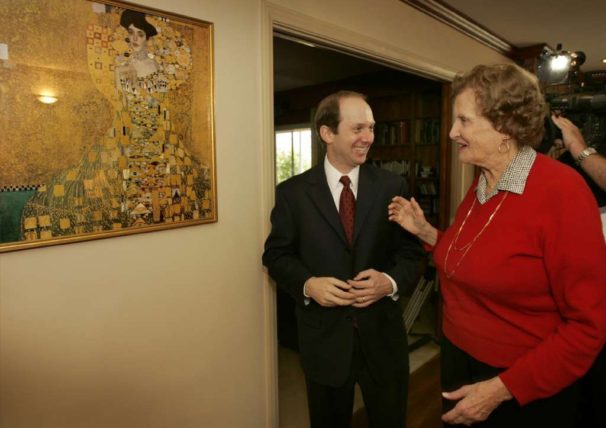 News of media mogul Oprah Winfrey’s recent sale of Gustav Klimt’s “Portrait of Adele Bloch-Bauer II,” for a massive $150 million was the buzz of the art world this week. 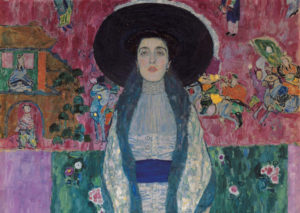 Bloch-Bauer died in 1925, and her Klimt paintings passed, against her wishes, to the Austrian state during the Nazi regime. Her descendants, led by her niece Maria Altmann in tandem with Los Angeles attorney and Jewish rights activist E. Randol (“Randy”) Schoenberg, spent years fighting to reclaim their inheritance. They finally prevailed in 2006.

Grumblings immediately emerged over the Winfrey transaction, in which a painting of such historic importance for the Jewish people has landed in the collection of a Chinese investor. So arts·meme sought Randy Schoenberg’s take on portrait’s new disposition. Schoenberg brings an attorney’s clarity to the painting’s provenance.

“The works were not publicly funded art but were stolen from a Jewish family by the Nazis, and were not returned by the Austrians after the war.

“Since in 2006, they are back in the hands of private collectors with the exception of the gold work (Portrait of Adele Bloch-Bauer I (1907)), which is on public display at the Neue Gallery in New York.”

Schoenberg sees a good fit for the canvas — the Austrian painter’s second of two fetching portraits of his patron and purported lover — with an Asian collector.

“It makes a lot of sense. This one has Chinese or Japanese figurines in the background; it reflects Klimt’s Asian influence. So it makes good sense that it be in Asia, and that must be why they are so interested in it.”

“Adele II” is now on public display in New York City, as part of Neue Gallery’s Klimt and the Women of Vienna’s Golden Age, 1900–1918. The pink-tinged portrait shares gallery space with Klimt’s incandescent rendering of his subject in gold-leaf paint.

Says Schoenberg: “I am happy it has been on display in New York, first at MOMA, now at Neue. It was lent by Oprah to MoMA and the new owner has left it on public view in the Neue Gallery exhibit. ”

Schoenberg, whose relentless pursuit of justice for his client Maria Altmann (since passed away) is dramatized in the movie “Woman in Gold,” observes sagely: “The paintings will pop up from time to time.”