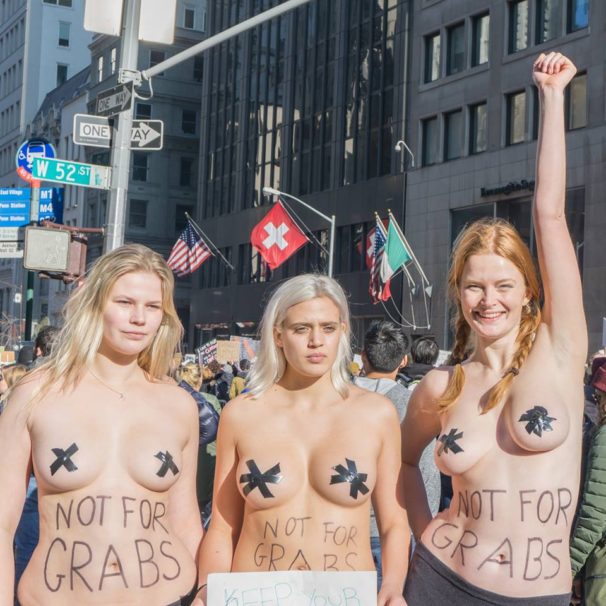 Politics was not the intended focus of the day-long conference that opened “Radical Bodies: Anna Halprin, Simone Forti, and Yvonne Rainer in California and New York, 1955-1972,” an exhibit at UC Santa Barbara’s AD&A Museum.

Art was. The hugely instructive exhibit unearths and traces the influence on American modern dance of three groundbreaking, bi-coastal dancer/choreographers. 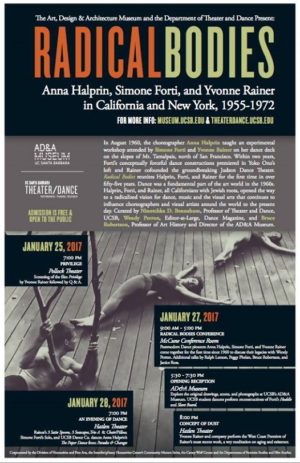 But politics inevitably entered the conference conversation. How could that not happen at an event devoted to three strong female artists, and following the throng of politically disgruntled women taking to the streets of American cities last weekend in protest?

In the course of Anna Halprin biographer Janice Ross‘s conference remarks on the choreographer’s prolific use of nudity in training and in performance, a conversation ensued about women appearing bare-breasted at political rallies and protests.

This brave act was associated with the anti-apartheid protests in South Africa and was also labeled as a Canadian tradition.

But it also happened in our country last week. It occurred at the Women’s March in New York City aptly captured by the camera of Mark Levine — seen above.

Very gutsy women putting their bodies in the service of emotions and ideas. Some call it street theater; at arts·meme, we claim it as dance.