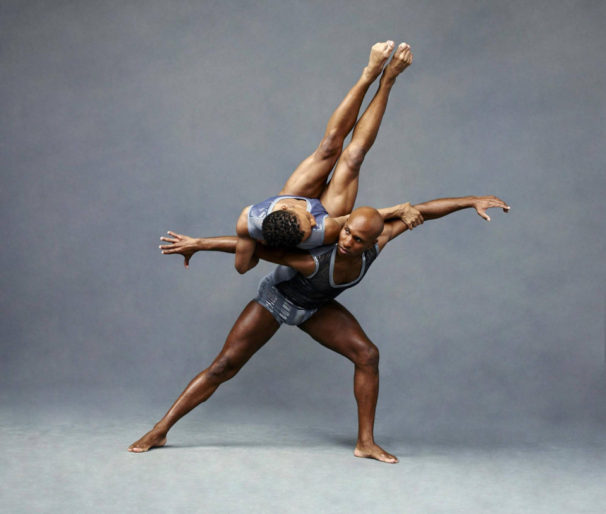 PausePlayPlayPrev|Next
During the Alvin Ailey American Dance Theater‘s winter season in New York, ticketed dancegoers should hang onto their ducats! For 60 days following the Ailey performance you attend, your stub will be good for one free class at the Ailey Extension program. Those classes happen in the company’s glam, window-walled, mid-Manhattan building.

You’ll get to choose among 25 dance traditions and styles, among them:

Unlike Ailey’s pre-professional and professional technique classes, Ailey Extension, founded in 2005, bills itself as offering “real classes for real people.” Some of the faculty come from the regular school but many of the teachers are exclusive to the Extension program.

You also might improve your health: A recent story in The New York Post relates that two Brooklyn psychotherapists in a life partnership have so far lost a total of 160 pounds between them by taking an regimen of five Ailey Extension classes per week in Hip Hop and other aerobic dance practices.

But the best reason to take a class is for the joy of dancing, which animates the Ailey company’s theatrical performances and much of its repertory. During the Ailey company’s five-week season, now on at New York City Center, the programs include beloved older repertory by Ailey and others and the world premieres of Untitled America, Kyle Abraham‘s three-part suite about the effects of prison on African-American families, and company member Hope Boykin‘s r-Evolution. Dream., “inspired by the sermons and speeches of Dr. Martin Luther King, Jr., and set to original music composed by Ali Jackson (of Jazz at Lincoln Center) and the historic and original writings narrated by Tony Award winner Leslie Odom, Jr. of Hamilton.

Mindy Aloff‘s books on dance include “Hippo in a Tutu: Dancing in Disney Animation” and “Dance Anecdotes: Stories from the Worlds of Ballet, Broadway, the Ballroom, and Modern Dance.” She teaches dance history, literature, and writing at Barnard College and in the Macaulay Honors College program at Hunter College in New York City.