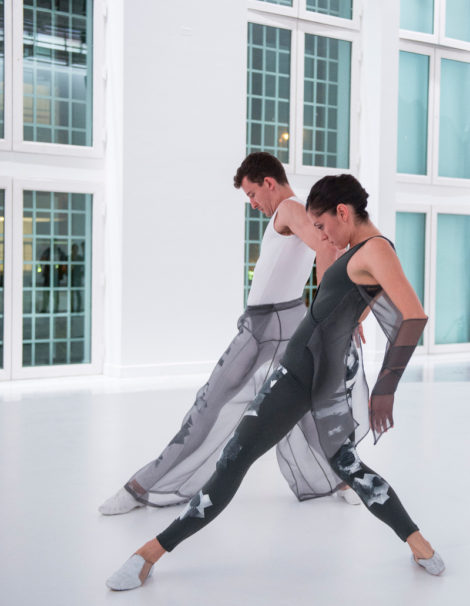 I like this skulking posture from “Once With Me,” a dance that had its premiere this past May in Buenos Aires. The dancers are stepping out, aren’t they? Only their heads remain, tucked back, with guilt? reluctance? shyness? Lots of mixed messages in their body language.

The choreographer, Pam Tanowitz, who is my fellow Fellow this fall at The Center for Ballet and the Arts, created the work for her 15-year old company Pam Tanowitz Dance.

Starting Tuesday, September 27, the company will premiere yet another new work, Sequenzas, created for NY Quadrille a special series at the Joyce Theater in New York. 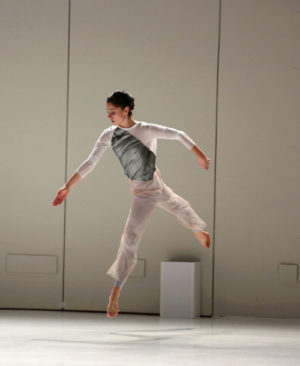 A quadrille is an 18th century dance performed in a rectangular configuration and viewed from four sides. To kick off its 2016/17 season, The Joyce Theater has been transformed for NY Quadrille, a series curated by Lar Lubovitch. A specially constructed platform stage designed for viewing from four sides has been installed.

According to program notes, Tanowitz’s Squenzas is driven by a career-long investigation of dance steps as objects.

“Tanowitz engages this concept with unparalleled vigor and discipline, throwing a net over material from sources as varied as 19th Century ballet, early modern dance, American jazz, and the movement of pedestrians.”