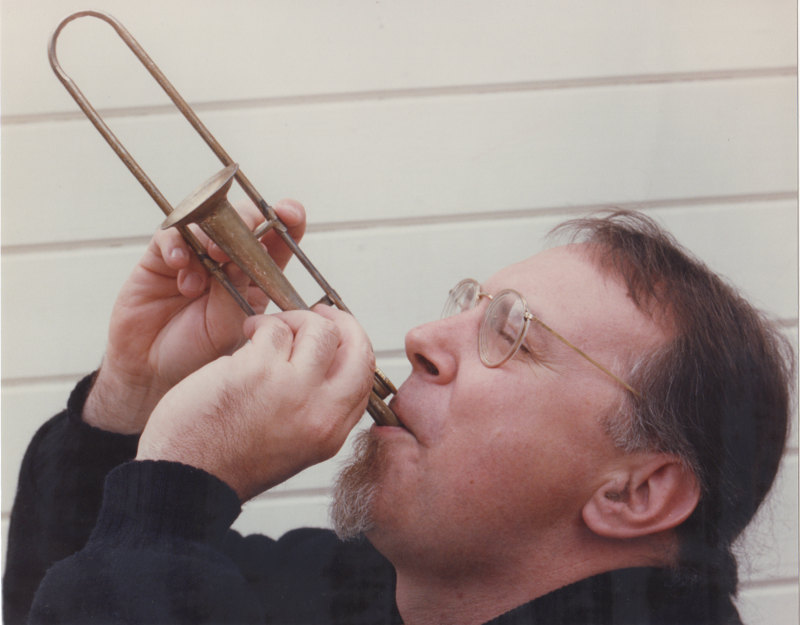 Drummer Chris Garcia, who has played with Vlatkovich since 1991, recalls a tour. “We had a new bass player,” Garcia says. “Michael pulled out a new piece and the guy asked what kind of a tune it was—swing, rock, funk, Latin, free time or something else. Michael said he didn’t know. Then he asked Michael how he was supposed to play it, and Michael said he didn’t know. ‘Well, what are you going to tell Chris to play?’ Michael said, ‘I never tell anybody what to play; I want you to listen to the music and see what it says to you.’”

“Michael,” Garcia explains with a chuckle, “doesn’t want you to respond to his music—he wants you to react. One is an unthinking reflex; the other is a focused action.” 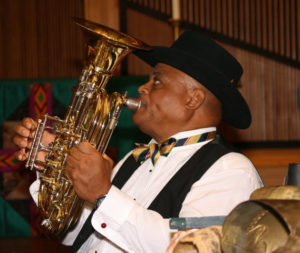 Garcia recalls playing in a Vlatkovich group with reedman Bill Plake on a piece that alternated written sections with freely improvised portions. “Bill asked if the resolutions were right and Michael thought for a moment and said, ‘No; they’re pretty right but not all the way right. But it’s alright.’”

Unpredictability is a by-word in Vlatkovich’s oeuvre. Garcia cites a longtime saxophonist in the band. “He used to be a ‘mountain’ soloist—he’d build his solos from the bottom and end on a high note. After awhile he gradually changed the designs of his solos. And Michael’s trombone might take off like a rocket and then it might drop down to the ground; you never know.”

The music can feature roaring ensembles or intimate explorations—all in the same piece. “The Vlatkovich universe is very interesting,” Garcia concludes, “in that he allows everyone to be themselves within the context he presents. He has tremendous confidence in what people bring to the performance. He wants you to be there in that environment, and be in that moment.”

Almost as an afterthought, Garcia adds: “And Michael’s environment is changing all the time.”